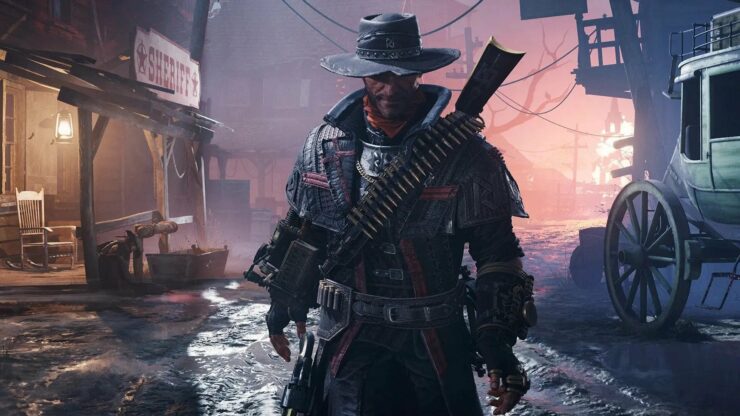 Evil West has been in development for some time now, and the last time we heard from it, the title had been shown off at PAX East 2022, with gameplay to boot from developer Flying Wild Hog. Evil West has also been getting news for its updates since last year, including various trailers and gameplay footage shown.

Fast forward to today, and Evil West’s developer has a new update for us, this time in the form of a release date. Alongside the release date update, developer Flying Wild Hog also dropped a new trailer that showcases more gameplay for the upcoming shooter, which you can watch below.

The trailer showcases more of the game’s stylistic choices with its flashy weapons, frantic gameplay, and big enemies as the player explores the vampire-riddled Wild West. The game’s release date was dropped at the very end of the trailer, being September 20th.

Players take control of gunslinger Jesse Rentier on his mission to eradicate supernatural terror. As the star agent in his father’s undercover monster-hunting organization, his fight is also a personal war against the nightmarish leading figures in the vampire world. Take on Jesse’s role as the final line between humanity and the vampire threat, rise up to become a Wild West Superhero and save the United States.

Pre-orders are out now, and players can purchase the title from either Steam or the Focus Entertainment Store. Thankfully, buying from Focus doesn’t require an installer for a store of their own, meaning players can just pick the game up and go when the end of September hits. The Standard Edition on PC costs $59.99 while the PlayStation and Xbox versions of the game cost $69.99

Evil West will be launching on September 20th, 2022, for PlayStation 5, PlayStation 4, Xbox Series, Xbox One, and PC via Steam. Pre-orders are open now for the game, via Steam or the Focus Entertainment Store.