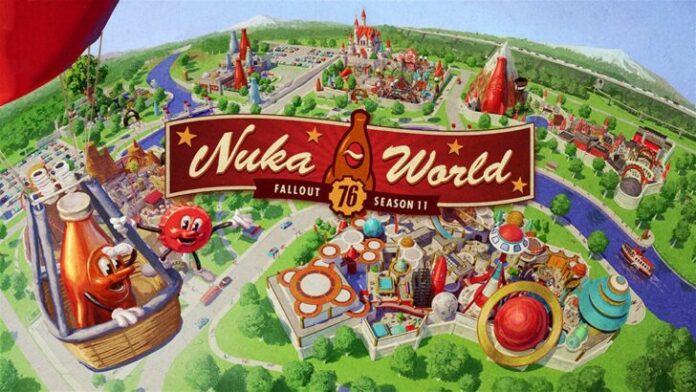 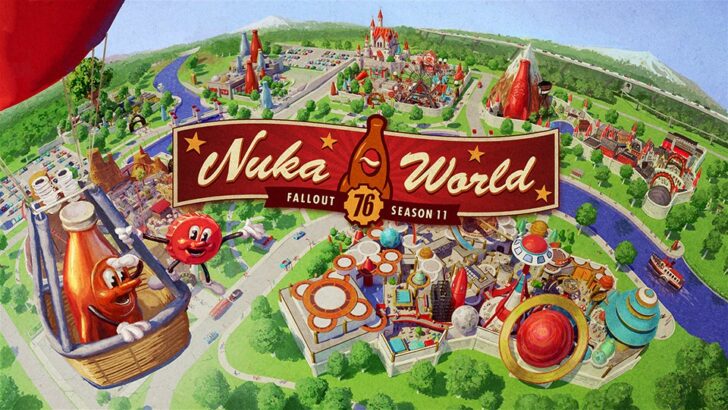 A new Fallout 76 update is now live, introducing new content to the game and features.

The Nuka-World Tour update brings, among other things, new public events that will appear every 20 minutes and provide players with all sorts of different rewards ranging from new clothing items, C.A.M.P. decor, and more. A new region boss called Ultracite Titan, the biggest creature ever introduced in a Fallout game, has also been added by the update, alongside the Nukacade filled with all sorts of games like “Bandit Roundup,” “Nuka Zapper Race,” and “Whack-A-Commie.” Winning these games will reward players with Nukacade points that can be exchanged for prizes.

One other major addition brought by the new Fallout 76 update is a new free cam for building mode, which is set to make building much more enjoyable.

The traveling road show, Nuka-World on Tour, has officially set up permanent residence in Appalachia! Head to the fairgrounds in the Ash Heap region to find new Public Events, square off against the monstrous Ultracite Titan, try games of skill in the Nukacade, meet new characters, earn rewards, and more!

The Nuka-World on Tour update is now available and free for all Fallout 76 players.

More information on the Fallout 76 Nuka-World Tour update can be found on the game's official website.

Fallout 76 is now available on PC, PlayStation 4, and Xbox One worldwide.

Bethesda Game Studios, the award-winning creators of Skyrim and Fallout 4, welcome you to Fallout 76. Twenty-five years after the bombs fell, you and your fellow Vault Dwellers—chosen from the nation’s best and brightest – emerge into post-nuclear America on Reclamation Day, 2102. Play solo or join together as you explore, quest, build, and triumph against the wasteland’s greatest threats. Explore a vast wasteland, devastated by nuclear war, in this open-world multiplayer addition to the Fallout story. Experience the largest, most dynamic world ever created in the legendary Fallout universe.