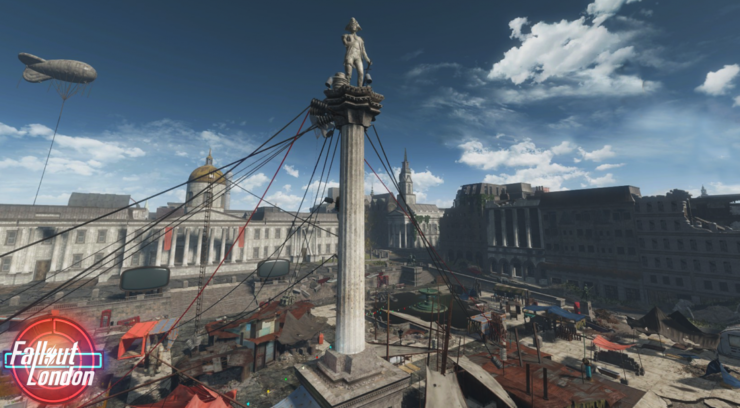 The mod was announced last year and has since received several trailers, showing off gameplay and environments. The team behind this unique project has now released more footage as part of a 3rd quarter progress video, showing off new environments, vehicles, music, enemies, and more. You can check out the video down below:

Set 50 years before the events of Fallout 4, Fallout London begins in 2237, and fits in between the events of the original Fallout and its sequel. The DLC-sized fan expansion sets players into the nuclear apocalypse all the way to the doorsteps of Parliament. According to the team behind the project, the world map of Fallout London is roughly the size of the vanilla Fallout 4 Commonwealth and will let players experience everything from the heart of Westminster all the way to the rolling hills on the outskirts of Bromley.

As explained by the team on the project’s official blog, Fallout London won’t feature a voiced protagonist.

"This is due to a multitude of reasons; however, the first and foremost is the lack of content available to us for having a voiced protagonist be in London", the team wrote.

"The existing voice files are few and far between to be useful. Given that custom lines made from pre-existing lines began to muddle the tone, it proved to be too limiting for our character. We feel, as a group, that our character can be taken along a much more in-depth route by using a non-voiced protagonist. We are completely open to the idea of someone voicing the character later as an add-on mod, but it is not our current concern."

A release date for this ambitious DLC-sized fan expansion has yet to be announced. The mod is currently only planned for a release on PC with specific standalone items that may be released separately.

Fallout 4 is available globally now for PC and consoles.