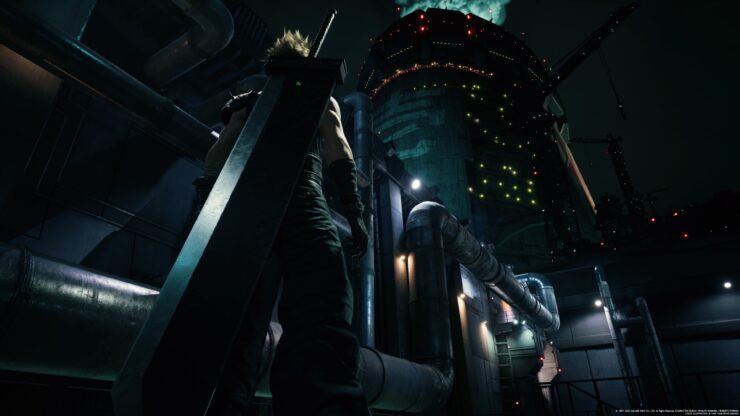 As revealed on the Final Fantasy VII Remake official Twitter profile, the celebratory livestream will air on June 16th at 15:00 PT, 18:00 ET, 23:00 BST. It will be a "short and sweet" livestream, according to Tetsuya Nomura, but it will be packed with lots of information. At this point, it seems extremely likely we will at least get a teaser for the second part of the remake.

“We will be streaming “FINAL FANTASY VII 25th Anniversary Celebration”. At only around 10 minutes long, it will be short and sweet, but we have packed in lots of information, so I hope everyone can look forward to the unveiling” – Tetsuya Nomura #FFVII25th #FF7R #FF7FS

Back in January, Tetsuya Nomura and Yoshinori Kitase did confirm that more on the second part of the Final Fantasy VII Remake would be revealed sometime in 2022, so it definitely won't be surprising to see what is in store for Cloud and his companions in the next installment of the series next week. They also mentioned that other projects related to the seventh main entry in the popular JRPG series are in the works, so it is likely we will hear more about them during the upcoming livestream as well.

Final Fantasy VII Remake is now available on PC, PlayStation 5, and PlayStation 4 worldwide. Learn more about the PlayStation 5 release by checking out my review.

While it is the same game at heart, Final Fantasy VII Remake Intergrade brings the first part of the remake to new heights with a 60 FPS gameplay option, some quality of life enhancements, much improved visuals, and a very fun new story episode starring Yuffie. The new tweaks and additions do not alter how the game feels and play, but there is no denying that they do make Final Fantasy VII Remake Intergrade the best way to enjoy one of the best role-playing games put out by Square Enix in the past few years.