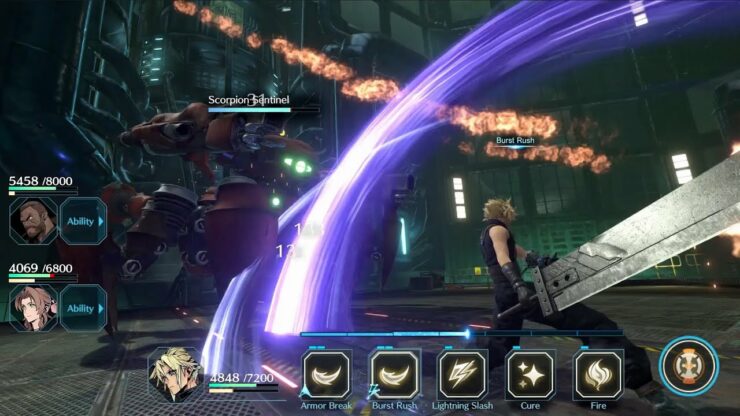 A new Final Fantasy VII Ever Crisis trailer has been shared online, providing a new look at the upcoming mobile remake of the popular Japanese role-playing game by Square Enix.

The new trailer, which can be watched below, showcases a variety of remade story segments not only from the main game but also from the Compilation of Final Fantasy VII titles like Before Crisis and Crisis Core, which is also getting a full-blown remake this year. The combat sequences also showcase alternative costumes for all characters that were not available in the original games. The trailer also confirmed that a closed beta will be held later this year, so some lucky players will be able to get a first taste of the game in the near future.

Spanning the entire FINAL FANTASY VII timeline, here's another look at FFVII EVER CRISIS. Closed Beta Test coming in 2022 for iOS and Android.

Final Fantasy VII Ever Crisis will retell the entirety of the story of the seventh entry in the series by Square Enix, incorporating elements from the Compilation titles, as mentioned above. The game will launch as a free-to-play title with in-app purchases, but it is not yet known how these will work. Looking at another mobile remake released by Square Enix, Final Fantasy XV Pocket Edition, it is likely that additional chapters past the first one will have to be purchased separately.

Final Fantasy VII Ever Crisis is currently in development for iOS and Android, and a release date has yet to be confirmed officially, although it is rumored that the game's first chapter will be released by the end of September 2022. We will let you know precisely when the game launches as soon as possible, so stay tuned for all the latest news.