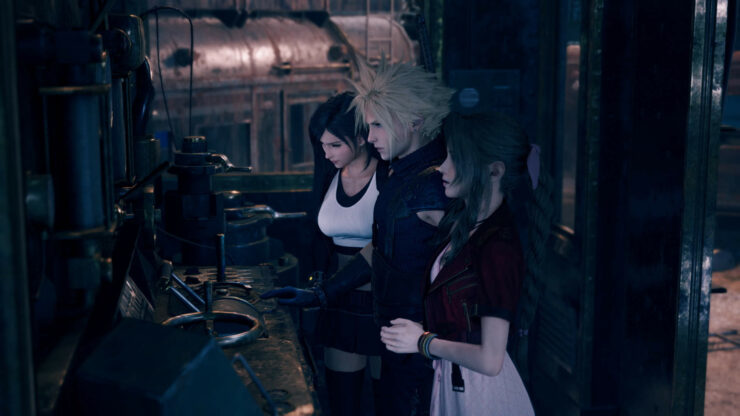 The Final Fantasy VII Remake HD Project has been developed by Altezein, who previously released texture packs for the game which improved the textures found in Sector 7 and for the remainder of the game's environments. The new project features upscaled textures not only for environments but also for characters, enemies, objects, and more. All textures below 2K have been upscaled, resulting in much better visual quality.

Texture upscales for the whole game!
20000+ textures have been upscaled by ESRGAN using different models. These include environments, characters, enemies, weapons, objects, etc. All textures below 2K have been upscaled to twice their original size!. The result enhances the texture quality for the entire Final Fantasy VII Remake regarding the output resolution (1080p onwards). Differences can be seen in standard gameplay, but are even more evident in closeups, cutscenes and photo mode

Mesh injection for HQ objects
Including HQ sandbags, HQ objects inside Jessie's House (by LOLOGP), a reworked Aerith's garden with high-poly flowers, and others!

Skyboxes upscales and fixes
Several skyboxes have been upscaled and edited manually for fixing small details!Some of those fixes are injected permanently, and others still requiere 3DM (hence, only work in DX11)

All PAK files are already Zlib compressed for disk space saving.
The first version mod didn't have this feature. Files are around 40-50% smaller this time around.

A new video showcasing the improvements brought by the Final Fantasy VII Remake HD Project has also been shared, and you can check it out below. The mod can be downloaded via BitTorrent by getting the file available from Nexus Mods.