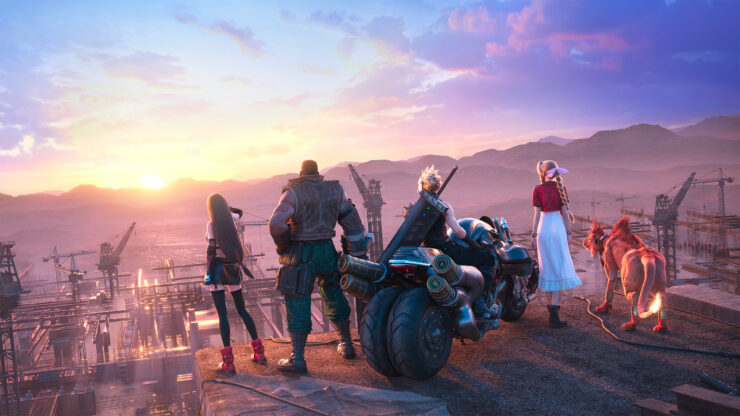 It also has been confirmed that the game is going to be fully compatible with the Steam Deck once it releases tomorrow. In other words, the game will be able to be played on the go through Valve's portable console.

Final Fantasy VII Remake Intergrade is a reimagining of the Final Fantasy VII. The game was originally released in 1997 and is currently developed under the guidance of the original key developers. This critically-acclaimed game, which mixes traditional command-based combat and real-time action, makes its Steam debut along with FF7R EPISODE INTERmission─a new story arc featuring Yuffie Kisaragi.

We reviewed both FFVII Remake before. Here's a quote from our review by Francesco de Meo:

Final Fantasy VII Remake is a masterful modernization of the series' classic formula. The game is an extremely solid JRPG that looks, sounds and plays great, despite some pacing issues and linearity. That said, the unexpected story twists may sour the experience a bit for those who expected a faithful remake.

And here's a quote from our FFVII Remake Intergrade review by Francesco de Meo:

While it is the same game at heart, Final Fantasy VII Remake Intergrade brings the first part of the remake to new heights with a 60 FPS gameplay option, some quality of life enhancements, much improved visuals, and a very fun new story episode starring Yuffie.

The new tweaks and additions do not alter how the game feels and play, but there is no denying that they do make Final Fantasy VII Remake Intergrade the best way to enjoy one of the best role-playing games put out by Square Enix in the past few years.

Final Fantasy VII Remake Intergrade will be released on Steam and Steam Deck on June 17, 2022. You can also wishlist the game right now through its Steam Page.