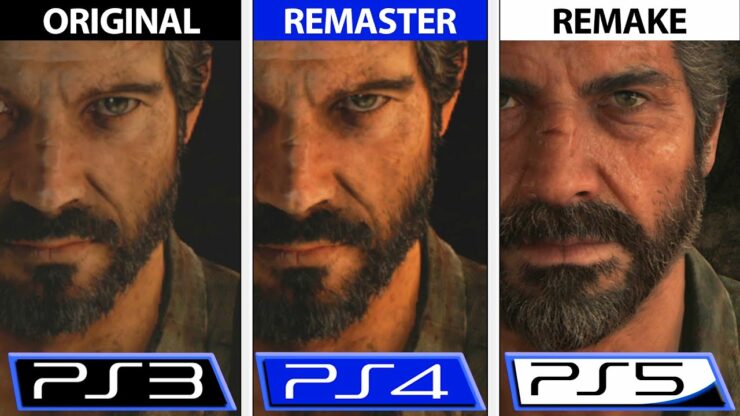 Reviews for the highly-anticipated remake went live yesterday and based on these reviews, we’re looking at a game that PS5 players will need to play (although you can surely argue about the game’s price). Over the past few months, we’ve already covered quite a few comparison screenshots and videos based on trailers and leaked footage, but we now have some actual comparison videos.

Courtesy of YouTube channel ‘ElAnalistaDebits’, these videos compare The Last of Us Part 1 to the original PS3 version and the 2014 remastered PS4 version. In addition, we have a comparison that compares the game’s in-game models to those used in The Last of Us Part II.

Going by these comparisons and our own observations, we can safely say that Naughty Dog has put great effort into this remake. Textures, lighting, and scenarios have all received a graphical overhaul, and the AI and animations have been greatly improved as well. The most notable upgrades can be seen in the geometry, lighting, and textures. Interestingly, however, when comparing The Last of Us Part 1 on PS5 to The Last of Us Part II (which hasn’t received a PS5 upgrade), we’re looking at a game that might be visually on par with Part II, despite that this game was released on PS4. This leaves the question of whether this remake would have also been possible on PlayStation 4 as well.

Check out the comparisons down below and judge for yourself:

The Last of Us Part 1 releases globally tomorrow for PlayStation 5. The title is also coming to PC at a later date.

Share
Facebook
Twitter
Pinterest
WhatsApp
Previous articleKingston Adds AMD EXPO Certified DDR5 Fury Beast Memory To Its Lineup, Up To 6000 Mbps Speeds
Next articleA Gamer Is Selling His Collection of Almost Every Console Ever Made For $1 Million USD