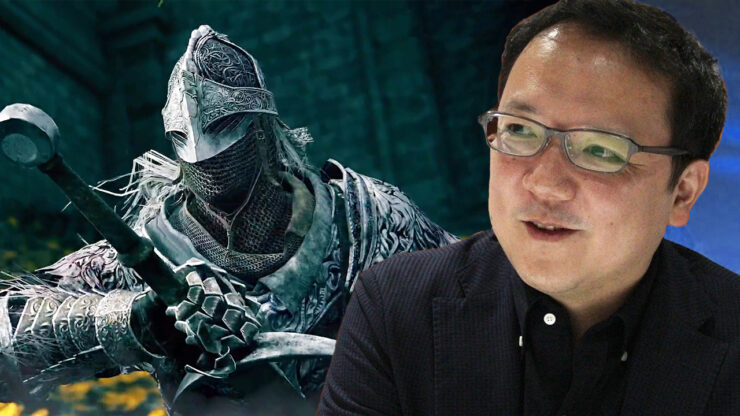 With the release of Elden Ring, FromSoftware president and lead visionary Hidetaka Miyazaki has gone from a beloved yet somewhat niche creator to blockbuster director, so, what new tortures thing might he be cooking up for us? Elden Ring is only a few months old, but according to an interview with the Japanese site 4Gamer, Miyazaki is already onto his next project.

As for what form Miyazaki’s next game might take, he isn’t providing many details right now, although he’d like to continue to focus on fantasy with a “higher degree of abstraction than past works.” Considering how strange and mysterious games like Dark Souls and Elden Ring already are, a “higher degree of abstraction” could result in something pretty out-there! Per Miyazaki, there are a lot of discarded fantasy ideas and images rattling around his head that wouldn’t necessarily fit with the action-RPG genre he’s most known for, hinting his next project may be a somewhat different type of game.

As for what’s going on with FromSoftware as a whole, Miyazaki says there are directors working on other projects under his guidance and the studio is in the process of increasing its staff. FromSoftware’s next game, which apparently isn’t a Miyazaki project, is said to be in the “final stages” of development. Persistent rumors and leaks have hinted a new Armored Core game might be From’s next thing, but Miyazaki doesn’t confirm whether this is the case.

Finally, don’t fret Elden Ring fans – while Miyazaki is moving onto new creative ventures, there are more updates for his most recent game planned. Whether we can look forward to a full Elden Ring expansion or perhaps just smaller free content updates is unknown. Here’s hoping for the former.