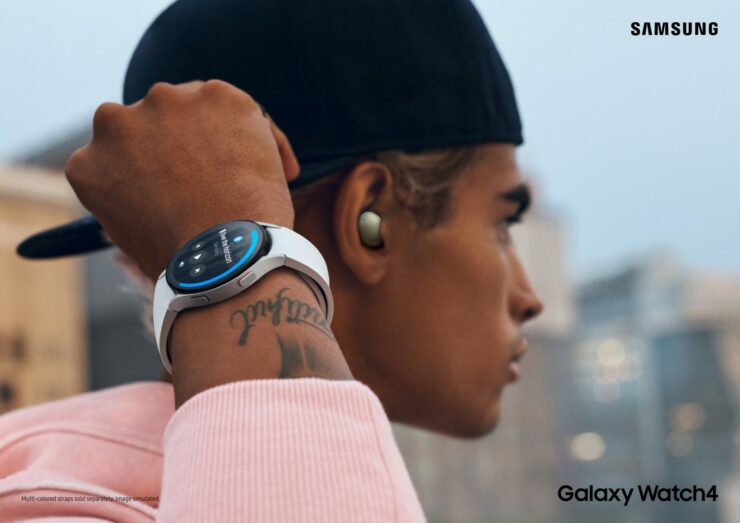 It has been some time since Galaxy Watch 4 owners have been waiting for Google Assistant and that is finally happening today as Google has announced that the update is now available.

Google gave us the first glimpse of how Assistant looks on Galaxy Watch 4 a few months ago; you now have a new design that is much similar to the experience you get from Pixel phones. You can launch the Assistant with the "Hey Google" command and it will open a full-screen UI with black background along with four-color light bars at the bottom that will react to the voice input.

The Assistant logo appears for a while with the "Hi, how can I help?" prompt, while you can see the type curved at the top. Aside from that, the results UI has also been modernized and now has a background blur that can be found throughout.

Google also claims “faster than ever response times.” when compared to the Wear OS 2. As far as the available actions are concerned, you can ask what's next on your calendar, set timers, and play music.

With access to both Bixby and Google Assistant, consumers will have access to more advanced voice assistant functionality right from their wrists.

Once the Galaxy Watch 4 fully starts receiving Google Assistant, it will be available to download on-device Play Store. Once you are done installing, you will just have to go to Settings app > Google > Assistant. This will reveal a preference page from where you can enable/disable the hotword as well as "Speech output" for responses. Just like with Bixby, pressing and holding down the Home key should also let you launch Assistant.

Here is hoping that Google expands Assistant to more countries where people are using Galaxy Watch 4.

The post Galaxy Watch 4 is Finally Getting Google Assistant by Furqan Shahid appeared first on Wccftech.