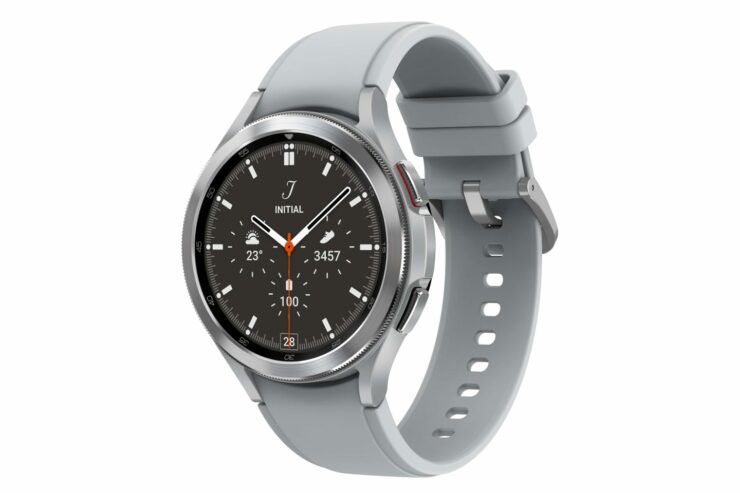 Samsung recently launched the One UI Watch 4.5 beta program last month and now, the first beta firmware is available to download for everyone who wants to go ahead and try out the new version on their Galaxy Watch 4.

For those wondering, the One UI Watch 4.5 brings a number of changes to the Galaxy Watch 4 and Samsung will be adding more as it moves closer to the final release. However, it is also worth noting that there is a chance that some features might not make it to the final release.

Galaxy Watch 4 Heavily Improves with the New One UI Watch 4.5

Some of the new features included in the One UI Watch 4.5 are better watch screens. a new user interface for dual SIM functionality, better notifications that now offer subtext field support. There are also improvements to the keyboard, handwriting, voice input, and more The beta changelog for the One UI Watch 4.5 also mentions the inclusion of more extensive options when it comes to setting alarms.

If you are willing to test the pre-release firmware on the Galaxy Watch 4, then it is important to know that the One UI Watch 4.5 is only available on the Wear OS devices by Samsung. It is not available on older Galaxy Watch models or other Wear OS running watches, for that matter.

You will have to participate in the beta program from your Galaxy smartphone. The customers who meet these requirements will see a banner inside the Samsung Members app, and that will allow them to register for the beta program; once your application is confirmed, you will be able to download the One UI Watch 4.5 on your Galaxy Watch 4.

Last but not the least, it goes without saying that the beta firmware is going to be buggy as Samsung is still in the process of perfecting it. So, if you are okay with that, you can go ahead and sign up for it.