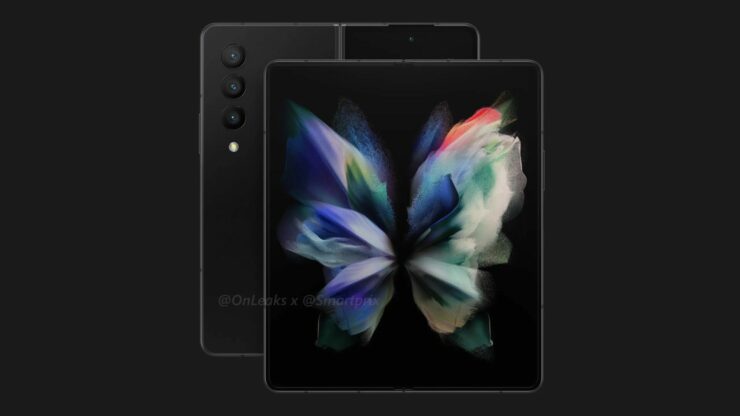 It should not come as a surprise to anyone but Samsung is actually working on the next generation of foldable devices like the Galaxy Z Fold 4 and Galaxy Z Flip 4. Sure, there is not a lot of information available on the phones but we have hints on what the storage is going to be like as well as how both devices are more than likely to pack the new Snapdragon 8 Plus Gen 1. However, a recent tip gives us our first look at the wallpapers that might be coming in the new phones.

Two new wallpapers were spotted in the latest One UI Watch 4.5 beta firmware for the Galaxy Watch 4. These wallpapers for the Galaxy Z Fold 4 and Galaxy Z Flip 4 are unlike the watch faces that debuted earlier this year and they apparently reflect the design language Samsung would be going with.

Now, it is also important to know that the images that we have our hands on are way blurrier than one might get with a smartphone but they do show an art direction that Samsung might be heading towards. The good news is that if these images have leaked, it will not take long before the higher resolution images also come out, and for that, you can actually stay tuned.

The Galaxy Z Fold 4 and the Galaxy Z Flip 4 are both should be coming out later this year in August, and based on everything that we have heard so far, we are looking at two of the most impressive devices that will launch. We will keep you posted as we get our hands on more information. Stay tuned!