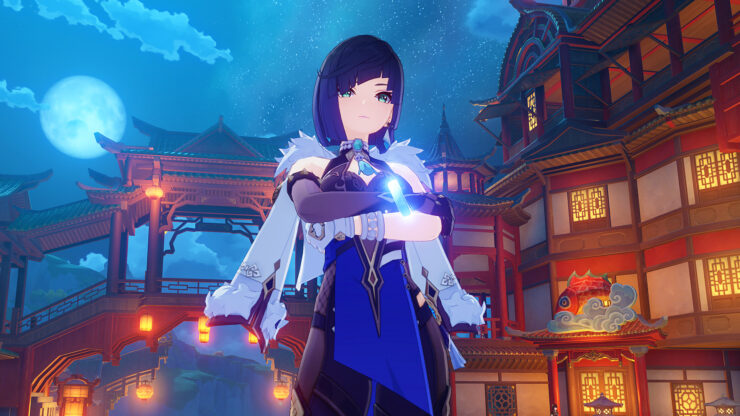 Genshin Impact usually delivers new content every six weeks on the dot, but the game’s latest update, version 2.7, was delayed indefinitely, likely due to COVID restrictions in China. Thankfully, developer HoYoVerse (previously miHoYo) isn’t leaving players on the hook too long, as they’ve now revealed update 2.7 will arrive by the end of May.

The update will include two new characters, the 5-star bow/hydro wielder Yelan and the 4-star sword/electro wielder Kuki Shinobu. It seems the recently-revealed Shikanoin Heizou won’t be included in this update. Players can also look forward to plunging back into The Chasm in the “Perilous Trail” event and doing some cleanup in the “A Muddy Bizarre Adventure" event. You can check out a trailer for Genshin Impact 2.7, below.

Here’s the rundown on our two new characters Yelan and Kuki Shinobu.

Meanwhile, here’s what you need to know about the new update 2.7 events…

Genshin Impact is available now on PC, PS4, PS5, and mobile devices. Update 2.7 arrives on May 31.