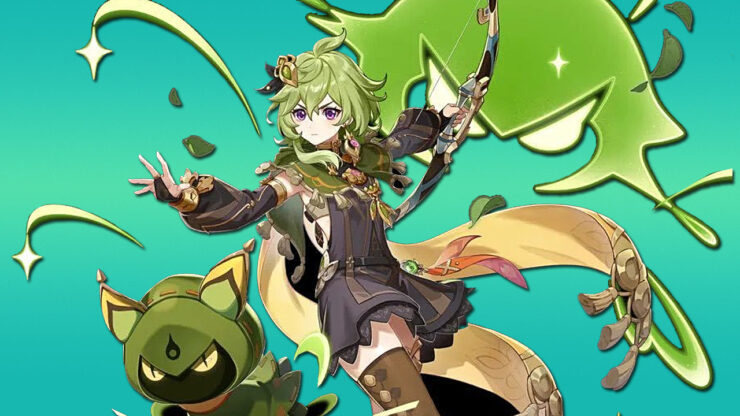 While Genshin Impact’s flow of new content has been a bit slower than usual in recent months, the game’s 3.0 update is approaching, and by all accounts, it’s going to be a big one. While not confirmed, it’s expected version 3.0 will usher in the all-new Sumeru region which will feature forest and desert areas (very broadly) inspired by South America and the Middle East.

If you’re thinking Sumeru sounds like a fairly hefty new addition, you’re probably right, as Genshin leaker GenshinBLANK recently showed off the ver. 3.0 map, with green placeholder boxes over new areas. While the area in the top-right could just be more ocean, the bottom-left block is almost certainly Sumeru, which looks to be about the size of Genshin Impact’s Mondstadt and Liyue regions combined.

New characters have also been leaking left and right, most of which are probably tied to Sumeru. Many of these characters are associated with the Dendro element, which will be introduced alongside Sumeru. The Twitter account Genshin Mains has been posting leaked art of some of these new characters, including…

Collei, a Dendro bow-user and “forest ranger in training.”

Tighnari, a Dendro user with a pretty funky ears and tail situation going on.

And Dori, an Electro claymore-user and “traveling merchant.”

Additions rumored characters include Kusanali, who’s said to be the Dendro/Sumeru region Archon (the region’s god and most powerful 5-star character). This may be roughly what she looks like. Others include the Electro Polearm Egyptian-themed character Cyno and female Hydro character Nilou.

Genshin Impact is available now on PC, PS4, PS5, and mobile devices. The game’s next update, ver. 2.8, will launch on July 13. Given Genshin updates typically drop every 6 weeks, you can likely expect version 3.0 in mid-October.