Ghost of a Tale Follow-up Will Be Powered by Unreal Engine 5, Developer Confirms 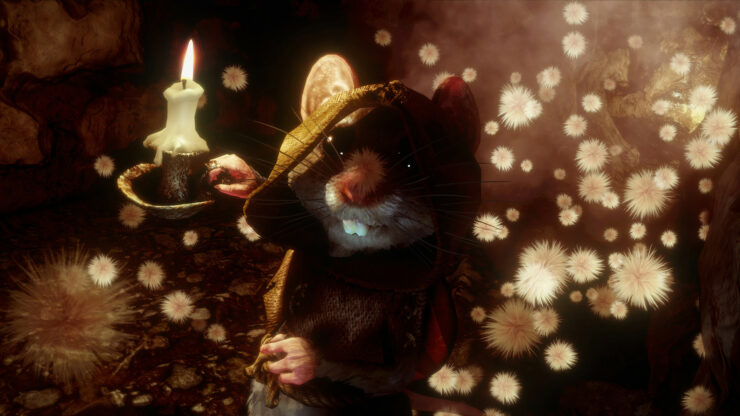 Ghost of a Tale, the charming action role-playing game developed by SeithCG, is powered by the Unity engine, but it seems like this won't be the case with the follow-up game, as confirmed by the developer itself.

Speaking on Twitter, SeithCG confirmed that the development team decided months ago to leave the Unity engine behind and switch over to Unreal Engine 5 for their next game. The decision did set them back in terms of schedule, but the developer now feels like this was the right decision, in light of some recent happenings at Unity, such as the merger with known malware provider IronSource and the CEO's unacceptable comments about developers who do not bake monetization in their game design.

Might as well go public about this: Several months ago we made the tough decision to ditch #Unity3d and move on to #UE5 for our follow-up game to #GhostOfATale. It set us back significantly in terms of schedule (lots of work to recreate) but we know it was the right decision. pic.twitter.com/SGnLkivb8f

After calling developers who do not design their games around monetization idiots, Unity CEO John Riccitiello apologized for his comments, saying that his word choice was crude and did not convey the actual message, which was that Units is "working to provide developers with tools so they can better understand what their players think, and it is up to them to act or not, based on this feedback."

Ghost of a Tale is now available on PC, PlayStation 4, Xbox One, and Nintendo Switch. You can learn more about the game by checking out my review.

At the end of the day, Ghost of a Tale is a truly unique action role-playing game that tells a very meaningful story and sports some features that make the game stand out from the competition, such as the setting and stealth-focused gameplay. The technical issues, however, can get a bit in the way of enjoyment, but if you can let this slide, you will find an experience that will stay with you for quite a long time.

The post Ghost of a Tale Follow-up Will Be Powered by Unreal Engine 5, Developer Confirms by Francesco De Meo appeared first on Wccftech.