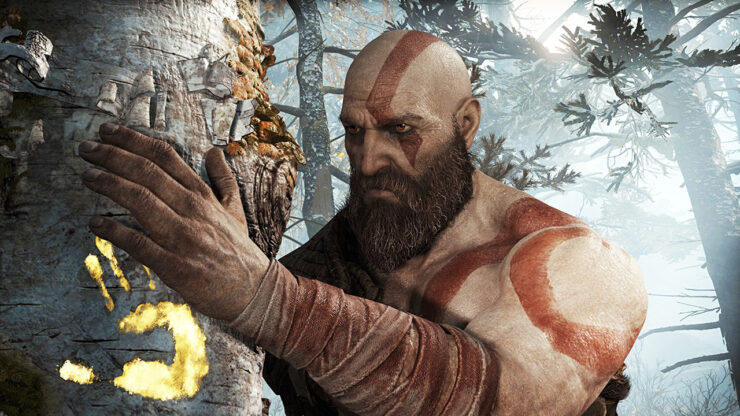 God of War's latest update introduced AMD FSR 2.0 support to the game developed by Sony Santa Monica, and new comparison videos have been shared online to highlight the visual and performance improvements over the previous version of the upscaling tech.

The new videos, which have been shared on YouTube by Daniel Owen, Geralt Benchmarks, and KyoKat PC Gameplay, not only test the game running with FSR 2.0 at different resolutions and with different presets, but also compare it to NVIDIA DLSS, highlighting how in certain scenarios, AMD's tech is almost on par with NVIDIA's when it comes to image quality.

God of War has been released earlier this year on PC years after its PlayStation 4 debut, and the long wait was well worth it, as it is one of the best PC ports we have seen in the last few months, as highlighted by Alessio earlier this year.

Overall, even if the optimization work isn't quite perfect yet, God of War PC is now undoubtedly the best way to experience Sony Santa Monica's masterpiece. While it's not the best console to PC port I've ever seen, it features slightly better graphics than the original thanks to the higher settings available, not to mention the much higher frame rates and lower system latency, both of which elevate the incredible combat of God of War even further.

It's also the most feature-rich of Sony's PC ports to date, featuring support for NVIDIA DLSS, AMD FSR, and NVIDIA Reflex at launch. With God of War Ragnarök coming up later this year on PlayStation 4 and PlayStation 5, anyone who isn't yet caught up with the first part of the adventures of Kratos and Atreus in the Nine Realms should definitely jump at the chance to do so.

God of War is now available on PC and PlayStation 4 worldwide.