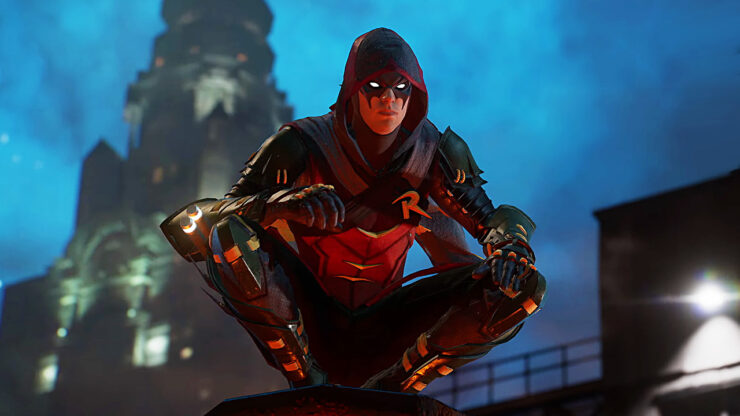 The folks behind Gotham Knights have spent the last several weeks largely focusing on the game’s characters and combat, but what the game’s new open-world recreation of Gotham City? Thankfully, a new IGN First video provides a new look at Gotham Knights’ crime-busting playground, and this version of Batman’s hometown is looking bigger and more complex than anything that’s come before.

The Gotham Knights devs at WB Games Montreal have really put a lot of thought into their version of Gotham’s history and architecture, dividing the city up into five neighborhoods each dominated by a founding family – the Waynes, Elliots, Kanes, Arkhams, and Cobblepots. Not only is this Gotham much roomier than in the past, but WB Games Montreal have built both up and down. They've created large buildings to climb and explore, but also a large underground of hidden tunnels beneath the city. Of course, various secrets, related to the Court of Owls and other things, will be around every corner. You can check out the new Gotham City for yourself, below.

Looks promising! Not quite as dense and comic-book-ish as the Arkham games, but the scope is impressive. Haven’t been keeping up with Gotham Knights? Here are the game’s key features…

The post Gotham Knights Shows Off its Open World, Which Dwarfs Any of the Arkham Games by Nathan Birch appeared first on Wccftech.