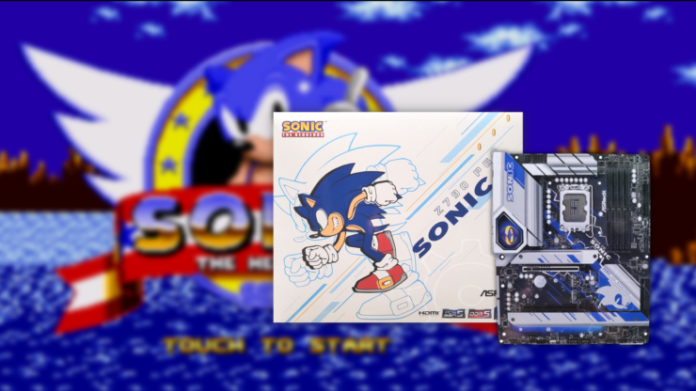 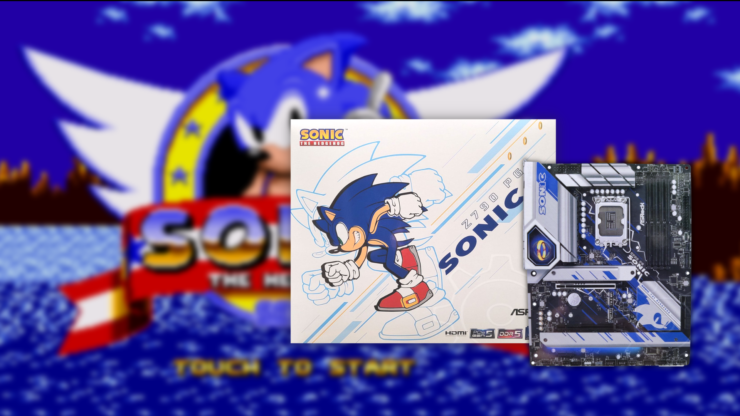 Sonic the Hedgehog has been around for thirty-five years, initially released in 1991 on the Sega Genesis. The blue mascot for Sega is well-known and has appeared in over 45 games and several comics, cartoons, and movies. Now, ASRock is working with the company to make a limited edition Sonic-themed motherboard based on the Intel Z790 motherboard series.

The new ASRock motherboard is based on the company's designs of the Z790 Phantom Gaming Riptide motherboard. The most notable changes in design between the standard Z790 Phantom Gaming Riptide mobo are that the black highlights are now replaced with black and silver, along with white and blue colorways and the famous Sonic imagery from his memorable mascot logo and even a gold ring. The underside of the motherboard has an image of Sonic running in white and black.

The Sonic-themed Phantom Gaming motherboard will support 12th and 13th Gen Core Intel processors. The new ASRock board will support Intel UHD graphics with built-in visuals. The VGA outputs will only support GPU-integrated processors (depending on the CPU). Storage support will be for one PCIe Gen5x4 M.2 SSD, four PCIe Gen4x4 M.2, and eight SATA3 drives.

The motherboard is an ATX form-factor design with four DDR5-6800 DIMM memory slots to hold maximum support of 128GB, four PCIe Gen5 slots, two USB 2.0 slots, four USB 3.2 Gen 2 slots, a single USB 3.2 Gen 1 Type-C slots, and two USB 3.2 Gen 2 slots, along with the standard 2.5G Ethernet LAN and audio ports. For display connectivity, there is one DisplayPort and one HDMI port. The packaging notes that the board can overclock, but no published specifications have been revealed.

With today's anticipated release of the 13th Gen Core Intel Raptor Lake CPU series, there are no product listings for the new Sonic-themed ASRock Phantom Gaming motherboard. Still, it is anticipated to be released soon. It is also unknown if this will be released in EU or NA regions.