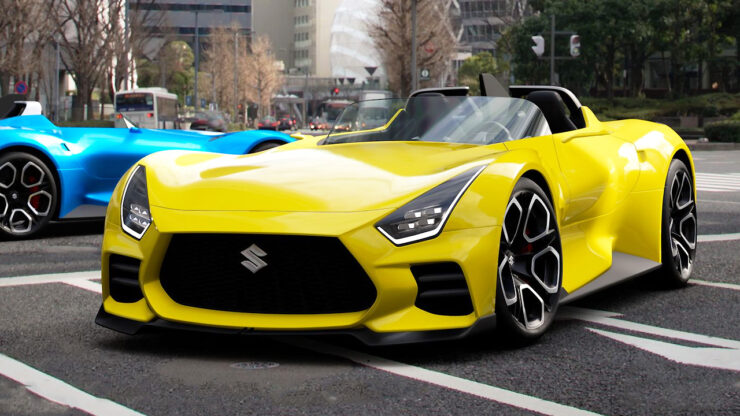 Last month, we started to hear early rumblings that Sony was looking to put together a Gran Turismo movie with District 9 direct Neill Blomkamp eyed to direct. Beyond that though, details were scarce. Well, it seems things have solidified quickly, as Deadline is now reporting that the Gran Turismo flick has an August 2023 release date and the wording of their story seems to indicate Blomkamp has been locked in.

A brief plot description for the Gran Turismo movie has also been shared. Many questioned what exactly a Gran Turismo film could even be about, as the games have never featured any sort of story content, but apparently the movie will go the meta route and follow a Gran Turismo player who uses their gaming skills to become a legit race car driver. Here’s the movie’s new logline…

Based on a true story, the film is the ultimate wish fulfillment tale of a teenage Gran Turismo player whose gaming skills won a series of Nissan competitions to become an actual professional race car driver.

It’s a decent enough concept, although it already sounds like this movie is going to be heavy on brands and product placement. Hopefully, they find some space for actual characters and storytelling. But hey, Blomkamp knows action, so we should get plenty of fast cars and big crashes at least.

Sony recently kicked off a major push to adapt their PlayStation game franchises into movies and TV shows, claiming around a year ago that they have at least three movies and seven TV series in the works. One of these was the Uncharted movie, which was met with mixed reviews, but made over $400 million at the box office. In addition to the Gran Turismo movie, other projects in the works include a Ghost of Tsushima movie, a The Last of Us series for HBO, a God of War series for Amazon Prime, and a Twisted Metal series for NBC’s Peacock service.

The Gran Turismo movie is slated to hit theaters on August 11, 2023.