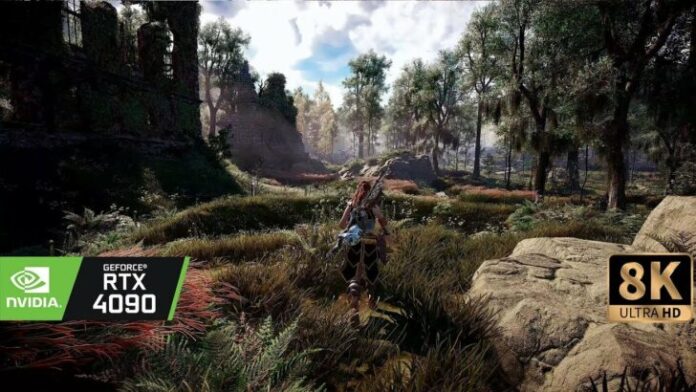 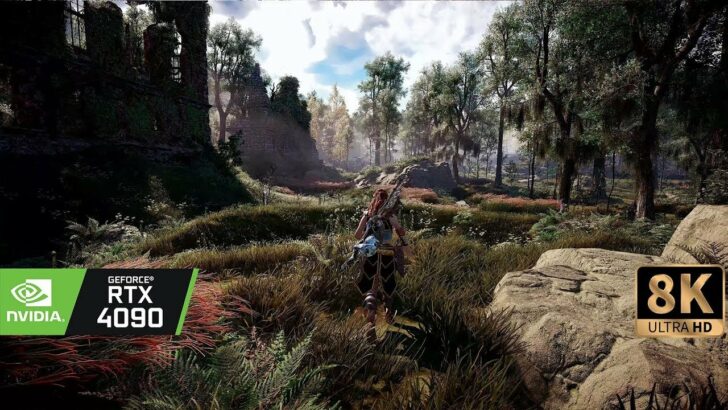 A brand-new Horizon Zero Dawn RTX 4090 8K showcase has been released, and the game has never looked better.

Yesterday we covered how The Legend of Zelda: Breath of the Wild looks on NVIDIA’s most-recent GPU in 8K resolution, and today we wanted to share how the first Horizon installment from 2017 looks on a current-gen system. Created by artist Digital Dreams, this showcase features the creator’s own custom ‘BeyondallLimits Raytracing’ Global Illumination ReShade preset combined with a camera mod from Otis_Inf to improve the level of detail, tune fog, and more.

The result is mesmerizing, to say the least, and shows visual similarities with last year’s Horizon sequel, Horizon: Forbidden West on PlayStation 5 (which was also released on PS4). You can check out the new Horizon Zero Dawn RTX 4090 video from Digital Dreams down below.

Do you like what you’re seeing here? Recent rumors suggest that Guerrilla and Sony are planning to remake Zero Dawn. What are your thoughts about that? Hit the comments down below.

Zero Dawn was released for the PlayStation 4 in 2017. The game managed to sell more than 2.6 million units in two weeks. A PC version was released in 2020.

Horizon Zero Dawn is an exhilarating new action role playing game where you play as Aloy, a young hunter on a quest to discover her destiny among the remnants of the ancient past. The game is set in a lush, post-post-apocalyptic world where machines roam the land and mankind is no longer the dominant species.

"We knew Horizon Zero Dawn was going to be something special, so to see the incredible critical reaction to a brand new game world translate into this level of sales is really gratifying," said Shawn Layden, then Chairman of SIE Worldwide Studios back in March of 2017. "Guerrilla has created a game that is nothing short of exceptional, and the reaction we have seen from fans – from hours and hours of gameplay streaming to endless photo sharing – shows just how impactful it has been."

"We're thrilled that Horizon Zero Dawn has been embraced by critics and players alike. Developing the game was a labor of love, so it's extremely satisfying to see that it elicits the same passion and enthusiasm from the gaming public that we felt during its development," said then Guerrilla Managing Director, Hermen Hulst. "This is only the beginning of Aloy's story and our exploration of the world of Horizon Zero Dawn, with the team already hard at work on an expansion to the story."