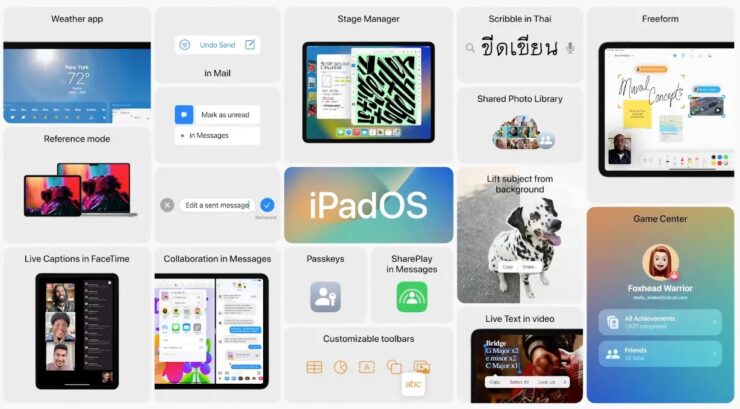 One of the biggest changes coming to iOS 16 is the new and improved Lock Screen. The new Lock Screen now comes with major customization features such as adjusting the font size, style, as well as colors. In addition, the company has also added support for widgets on the Lock Screen, allowing apps to show relevant information at a glance. However, none of these new additions will be making their way to iPadOS 16. Scroll down to read more details on the subject.

For a long time, Apple's iOS and iPadOS operating systems have shared numerous features including visual changes. While there are still various similarities, Apple is widening the gap between the two platforms. This is because iOS 16's new Lock Screen will not be making its way to iPadOS 16. In the first developer beta, the iPadOS 16 lock screen does not allow customization at all.

Even if iPadOS 16 misses out on the new Lock Screen, it is still a major update considering the number of forward-facing features it brings to the table. One of the biggest changes coming later this year is Stage Manager which will be available on all iPad models powered by Apple's M1 chip. In addition, Apple is also pushing developers to bring desktop-class apps to the platform. This will allow the iPad to compete better against a 'computer.' You can check out more details here.

This is all there is to it, folks. We will share more details on the subject as soon as further information is available. Share your valuable insights with us in the comments.