HomeappleiPhone 14 Components Are Now Being Shipped as Apple Preps for a...
appleiPhone 14MobileNewsRumorStickyTechnology 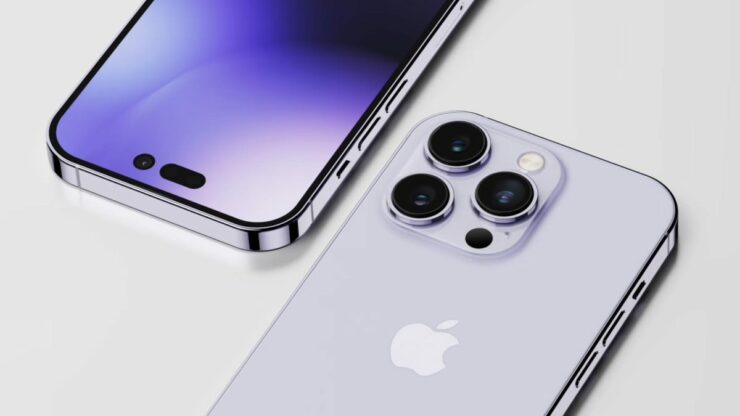 Various Apple suppliers have reportedly begun shipping components for the iPhone 14 series. The California-based giant is expected to hold an event in September, where it is reported to unveil four new models, along with other products.

A paywalled preview on DigiTimes was spotted by MacRumors, with the following information mentioned. To make sure it is prepped and ready for an upcoming event, Apple typically asks suppliers to have components ready a couple of months in advance so it is able to cope with demand if shipments pick up in frequency.

“Component suppliers have kicked off their shipments for the next-generation iPhone series slated for launch in September, according to industry sources.”

For those that are not informed, Apple is expected to announce four new iPhone 14 models in September. While the date for the event is yet to be unveiled, the display sizes and potential model names of the upcoming devices are listed below. A previous report claims that the iPhone 14 mini will not see a launch, likely due to poor sales of the iPhone 13 mini.

Among Apple’s suppliers, Samsung is reported to ship around 80 million OLED panels, with less than half of them expected to be found in the less expensive models. The battery capacities of each iPhone 14 model were allegedly leaked earlier, and surprisingly, the iPhone 14 Max was tipped to receive the biggest cell out of the four. For the first time, we may see Apple introduce a 48MP primary rear camera, and rumors claim this sensor will be exclusive to the iPhone 14 Pro and iPhone 14 Pro Max.

We should also expect 8K video recording support to arrive to iPhones this year, plus autofocus support for the ultrawide camera. Most importantly, the premium versions are reported to see a massive design change that involves getting rid of the notch and replacing it with a ‘pill + punch-hole’ cutout to increase screen real estate.

Apple may also switch to a titanium alloy body for the iPhone 14 Pro and iPhone 14 Pro Max, making them more durable than the previous models, which relied on a stainless steel and aluminum chassis. With multiple changes arriving for the iPhone 14 series, Apple undoubtedly wants its supply chain to be ready for any outcome, including the ones that can mass produce on a large scale.

The post iPhone 14 Components Are Now Being Shipped as Apple Preps for a September Launch by Omar Sohail appeared first on Wccftech.

Share
Facebook
Twitter
Pinterest
WhatsApp
Previous articlePUBG Launches the Dense, Urban “Deston” Next Month, its First New Map in Over a Year
Next articleHow to Use Apple Notes to Have Secret Chats With Others