JUPITER, the European Union’s ‘All-AMD’ post-exascale supercomputer, promises to access around a quintillion operations per second 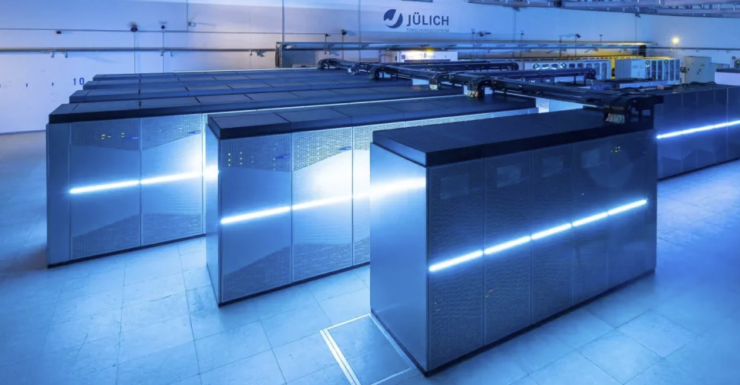 It is reported that the first post-exascale computer will be the JUPITER supercomputer, which stands for the Joint Undertaking Pioneer for Innovative and Transformative Exascale Research, featuring an All-AMD design.

The EuroHPC Joint Unit initiative in the European Union recently allowed for the deployment of LUMI, the continent's first pre-exascale system that will integrate next-gen technology from AMD. This initiative and involvement with AMD will allow for a quantum-ready system to be designed with carbon-negative manufacturing and enable the globe to move closer to post-exascale computing in the European Union.

Jülich's Supercomputing Centre in Germany will be the installation home for JUPITER, with over $522 million to be spent on installation, hardware, and infrastructure, with the European Union funding the costs. The expected completion and full operation timeframe will be in 2024 when the system begins to process over a trillion operations per second.

JUPITER will allow researchers to study climate modeling, engineering of materials, sustainable energy production, and biological simulations utilizing the latest in accelerated artificial intelligence. Due to the level of workloads, incredibly taxing computations, and memory alone, that is the reason the EU is investing a large number of finances towards the supercomputer. 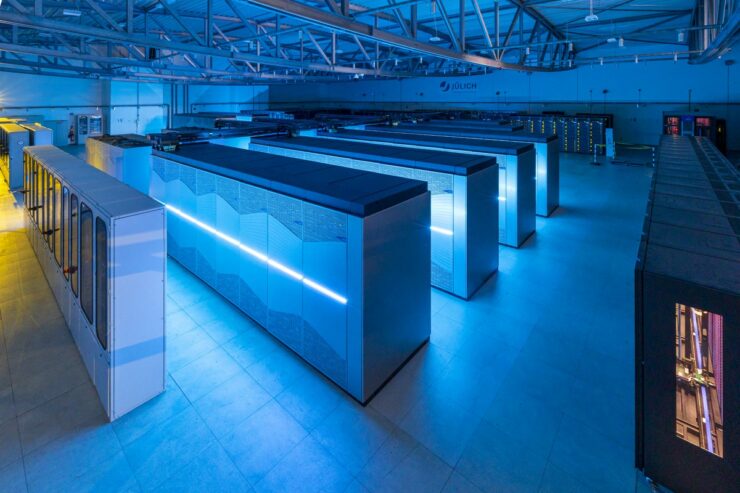 The organizations involved have not officially stated the hardware used to be the backbone of the JUPITER supercomputer. In the press release for JUPITER, it is indicated that GPU-based accelerators will be significant to the processing power of the system. Using star-based architecture in the LUMI system, JUPITER will also house several supercomputing modules to process GPU visualization and use a universal CPU-based accelerator and high-powered GPU clusters. Also included in the system will be a quantum computing node and temperature-based storage clusters to maintain heat levels properly. It is also reported that JUPITER will utilize rare computational models that include a fully dedicated neuromorphic computing node.

AMD will have the upper hand in rivaling Intel with this new endeavor. Intel only has contracts with five of ten supercomputing installations, with AMD having ten of twenty installations using the company's hardware for their supercomputers. However, Intel recently announced the Silicon Junction initiative, which will see $80 billion in the European Union's research, development, and manufacturing of next-gen semiconductors.

The post JUPITER, the European Union’s ‘All-AMD’ post-exascale supercomputer, promises to access around a quintillion operations per second by Jason R. Wilson appeared first on Wccftech.