Just Cause IP to Continue Under Square Enix, Eidos/CD Sale Money Won’t be Invested in NFTs 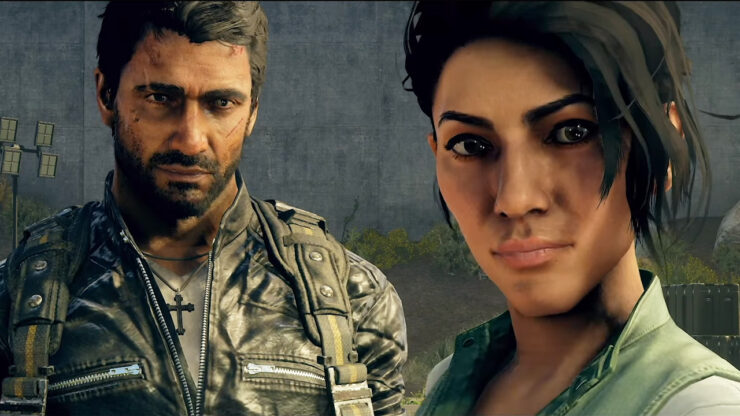 Last month, Square Enix shocked the gaming world when they sold off their Western development studios Eidos Montreal and Crystal Dynamics, as well as IP like Tomb Raider and Deus Ex, to Embracer Group for $300 million. Now, as part of their most recent investors briefing, Square Enix has revealed a bit more about the transaction, including the fate of the Just Cause IP and what they plan to do with the cash they got from unloading Eidos and Crystal Dynamics.

Surprisingly, despite getting rid of the likes of Lara Croft, Square Enix has revealed that they still own the Just Cause IP and another game is in the works…

We revisited our studio and title portfolios from the perspective of stepping up our offering of online titles that we develop for the North American and the European market. We want to focus on creating new titles that align with our strategy, including ones that leverage new IP. The Just Cause franchise will remain our IP, and we are at work developing a new title in the franchise.

It’s unclear exactly what Square Enix is talking about when they say a new Just Cause is in development. They may be talking about an all-new core entry in the franchise, or perhaps they’re just talking about Just Cause Mobile, which was announced in 2020 for a 2021 release, but later delayed to sometime this year.

As for what Square Enix plans to do with the $300 million they got from selling their Western studios, they originally made the controversial suggestion that they’d invest it in blockchain and cloud technology. They now seem to be walking back that statement, instead saying they’ll use the money to fund new IP and upgrade their core development capabilities.

Rather than using the proceeds from the divestiture in new investment domains such as NFT and blockchain, we intend to use them primarily to fund our efforts to foster solid IP and to enhance our development capabilities in our core Digital Entertainment segment.

What do you think? Excited for the future of the Just Cause franchise? Does Square Enix’s strategy with its western studios and IP make any real sense at all?

The post Just Cause IP to Continue Under Square Enix, Eidos/CD Sale Money Won’t be Invested in NFTs by Nathan Birch appeared first on Wccftech.