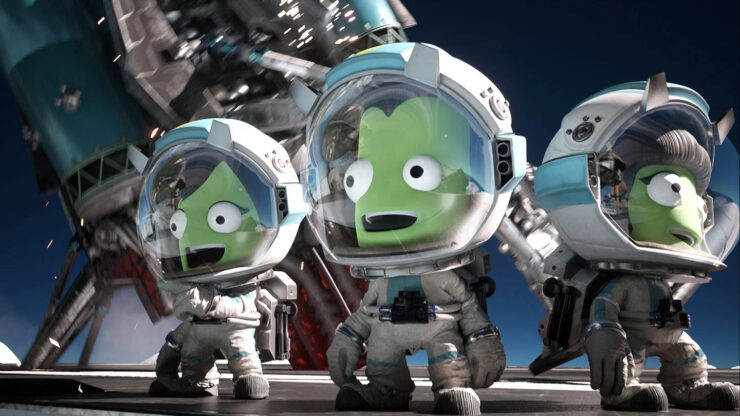 Kerbal Space Program’s original public builds were released in June 2011 and received updates until its full launch in 2015. Between its first public build and full release, the title had become one of the gaming industry’s most well-known and beloved games. Earlier today, though, there’s been an update on Kerbal’s sequel, Kerbal Space Program 2, which we’ll break down below.

Kerbal Space Program 2’s early access is meant to provide players with builds that showcase the game as it develops, with new features based on player feedback leading up to the game's full release. Some of the upcoming features include new star systems to explore, multiplayer functionality, colonies, and more upcoming features.

Enhanced tutorials will also be present, assembly and flight interfaces were completely revamped, and an improved user interface is included in these updates. Other new features include fast-forwarding time, a new maneuver planner, newer environments at very high detail, and a new terrain system that gives the game new signs of life after its massive series of delays.

Console players will also see a release for this game, but not at the same time as PC players; PlayStation 5, PlayStation 4, Xbox Series, and Xbox One will see versions released at a later date. We’ll continue to provide updates on the game as they’re released.

Kerbal Space Program 2 is set to launch in Early Access on PC via Steam, the Epic Games Store, and other storefronts on February 23rd, 2023. PlayStation 4, PlayStation 5, Xbox Series, and Xbox One versions will follow at a later point.