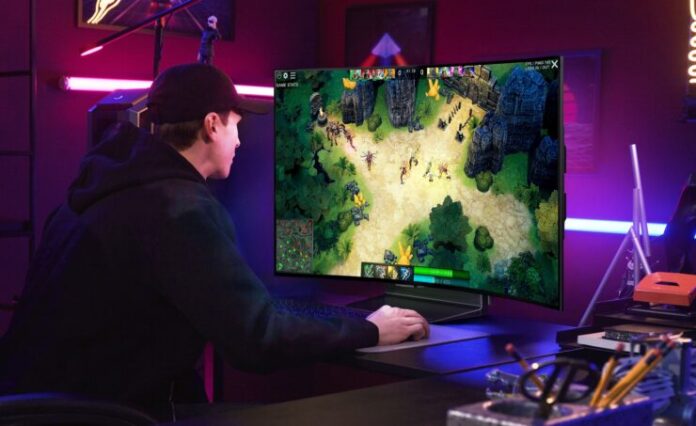 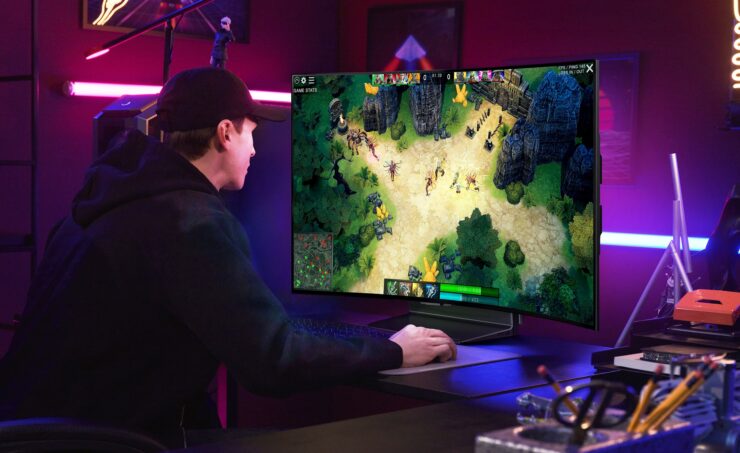 The company focuses on the console, PC, and cloud gaming marketplace with a secondary focus on users who enjoy streaming content, such as movies and shows. The new LG OLED Flex LX3 introduces new screen customizability for a new generation of consumers. LG Flex LX3's screen can adjust from a flat screen to a curvature of 900R, allowing the consumer to select their preferred arc. The LG Flex LX3 offers twenty different levels of curvature to increase personalization while watching content.

The LG OLED Flex offers incredible eye comfort with its considerable flicker-free, glare-free certifications. The LX3's OLED screen allows users to enjoy longer sessions playing video games and watching their favorite shows and movies without encountering eye fatigue. Additionally, the application of LG's super anti-reflection (SAR) coating permits the reduction of visual distractions so that consumers can focus on the most delicate details on the screen. It is powered by α (Alpha) 9 Gen 5 intelligent processor and unique picture algorithms.

Users can adjust the LX3's curvature on the fly to up to two available presets using the dedicated remote control button or manually change the curvature by five percent and over 20 various levels. The LG OLED Flex's screen can be tilted ten degrees upward or five degrees away from the user. Included with the 42-inch OLED display is a height-adjustable stand ensuring ergonomic comfort for all users.

The LX3 has exclusive functions and features that grant users heightened control over their games. Consumers can change the size of the onscreen image according to their preferences or customize it for the specific genre of the game. The role-playing game, racing game, or platformer fans will presumably want to use the complete screen environment. In contrast, real-time strategy or first-person shooter users might select a 27- or 32-inch image that allows them to see everything in the game simultaneously. LG's ultra-convenient Gaming Dashboard menu will enable users to access the image quickly and resize it with the included feature. Users can also choose the position of the smaller image on the screen to lower, middle, or high-level areas on the net.

LG's Gaming Optimizer has been revamped for LG OLED Flex to add customized sound settings for specific game genres to its various ranges of the gamer-centric picture and audio options. Its dedicated sound settings include an equalizer, switches for AI Game Sound and Dolby Atmos, and delivers access to state-of-the-art audio settings, encouraging users to tailor the gaming experience. An exclusive to the LX3, the Game App supports custom screensavers and shortcuts to popular apps, such as Twitch and YouTube, while providing a list of connected external input devices on one screen.

The LX3's Multi-View mode allows gamers to view content from two sources simultaneously and choose which audio they want to hear, whether playing a game on a PC or console or watching YouTube streamed from the user's smartphone.

The LG Switching Hub functional allows the LG OLED Flex's built-in microphone and other peripherals to be connected via its USB ports, with a PC connected by an HDMI cable. By pressing the source switching button on the side of the stand, consumers can switch device connection between PC and LG OLED Flex without disconnecting and reconnecting. Furthermore, the built-in mic supplies effective echo-cancellation for crystal-clear voice chatting while gaming.

The LX3 also produces excellent sound with its two front-firing 40 W speakers that help further heighten the gaming and content-viewing experience. And with built-in support for Dolby Atmos, the television adds greater clarity, depth, and liveliness to audio on compatible titles.

The LG OLED Flex includes a customizable lighting component in its shield-like rear design. The LX3's lighting sweetens the atmosphere by synchronizing with the video or audio of the content playing on screen, offering five modes to choose from. LG's new bendable Flex display will be demonstrated at the IFA 2022 in LG's booth in Hall 18 of Messe Berlin.