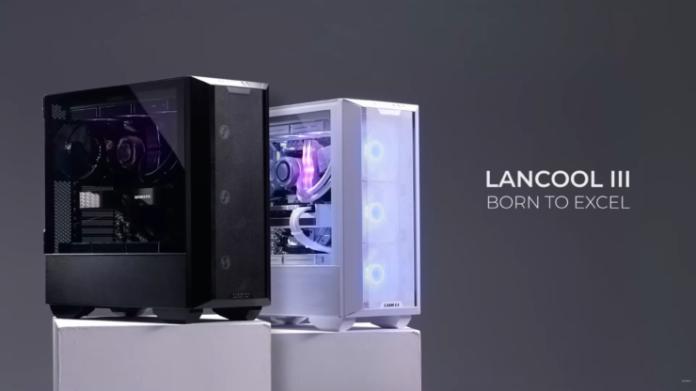 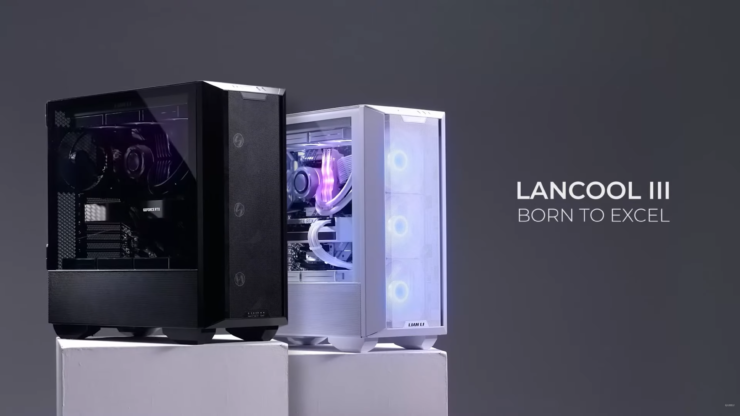 Designed to provide the best-in-series stock performance, the LANCOOL III has a redesigned front panel with 51% porosity, four pre-installed 140mm PWM fans, and simultaneously supports up to three 360mm radiators at the top, front, and bottom. The LANCOOL III features an updated front panel design, continuous aluminum strips acting as side panel handles, and an improved cable management solution. The LANCOOL III is available in black or white and RGB or non-RGB editions.

The LANCOOL III is air-flow enhanced with a 51% porosity front mesh cover, refined network panels at the top and the two sides of the power supply unit cover, and four 140mm PWM fans pre-installed before shipping.

The LANCOOL III gives various compatible cooling choices, permitting clients to install up to a 360mm radiator at the front on the multi-position section over the power supply unit cover (80mm maximum). Another option available to customers is up to a 420mm radiator at the top (75mm thickness maximum) in an offset position with sufficient clearance for 60mm tall memory sticks. With aid for up to E-ATX motherboards, 420mm long GPUs, and ATX power supplies, the LANCOOL III also presents numerous capacity solutions for mounting to 12 x 2.5" SSDs or 4 x 3.5" HDDs and 8 x 2.5" SSDs.

The Lian Li LANCOOL III displays a cutting-edge look with two brushed aluminum strips at the front of the chassis. Each strip is an entryway for the right and left side tempered glass panels. With an advanced I/O situated at the top of the front panel (Power button, Reset button, two USB 3.0, USB Type C, Audio), customers can migrate it to the bottom for more straightforward access when the case is put on desktop space.

For the LANCOOL III RGB, the I/O panel is furnished with additional RGB control buttons to deliver lighting customization to the 3 x 140mm ARGB pre-installed fans located at the front part of the unit.

Three larger Velcro strips with numerous channels to coordinate and separate the front panel cables, motherboard 24-pin, graphics card power cables, and fan hubs. Around the motherboard region, five more petite Velcro strips are available for routing cables, for example, the CPU EPS cable and storage. Furthermore, there is adequate space for mounting up to four fan and ARGB centers.

Vertical GPU mounting is available in the Lian Li LANCOOL III by utilizing the O11D EVO vertical GPU kit. Customers can pick a white or black unit outfitted with a PCIe 3.0 or 4.0 riser cable. The vertical GPU kit can be introduced in the LANCOOL III at various heights, with a lower position offering 6mm leeway between the unit and the highest point of the PSU cover and a more elevated position leaving 46mm of clearance for fans and a radiator over the PSU cover.

The LANCOOL III is available for pre-order starting today, July 15th, 2022, at the following retailers: