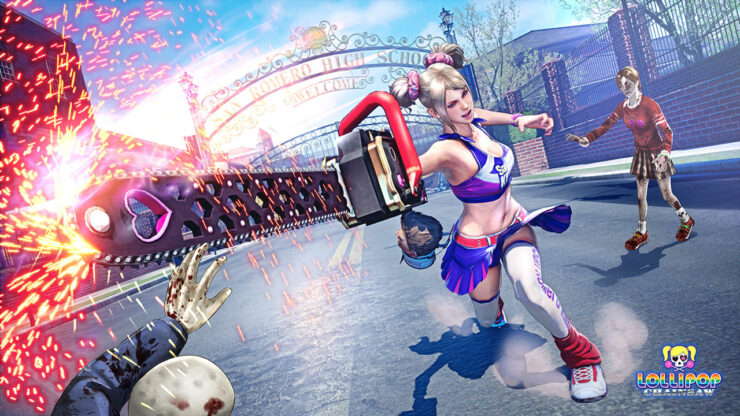 A Lollipop Chainsaw remake is currently in development, and it will release next year on yet-to-be-confirmed platforms.

Following a previous tease, the remake of the cult game originally created by Suda51's Grasshopper Manufacture has been confirmed today by Yoshimi Yasuda, executive producer of the original game, as reported by Frontline Gaming. The development team includes Yasuda-san himself as producer and a combination of staff that worked on the original and new staff from Dragami Games.

In a new message that has been shared online today, Yoshimi Yasuda talked about how the Lollipop Chainsaw remake came to be, and why. As the original is not playable on current consoles, the original development staff did not want to leave it in a limbo, and so purchased the IP from Kadokawa Games to develop a remake.

We, the original development staff on Lollipop Chainsaw, think of the game as very precious to us, and did not want to leave it in limbo, where players who want to play it cannot. As such, we purchased the Lollipop Chainsaw intellectual property from Kadokawa Games, and decided to develop a remake. We have already contacted Warner Bros. about development, and are being supported by them in this endeavor.

While it will be faithful to the original, there will be elements in the Lollipop Chainsaw remake that will be different. Among these will be the soundtrack, which will only feature a few of the 16 licensed tracks of the original. Visuals will also be a little more realistic.

One thing that we have to tell fans of the original game is that even though the original staff are working on the remake, there will be elements that are different from the original. For instance, the original game had 16 licensed songs used in the soundtrack, but it is unfortunately difficult for us to implement all of them this time. As a result, aside from a few licensed tracks, the soundtrack will consist of new music. Additionally, since we have access to consoles with higher specifications, we will be taking a more realistic approach to the graphics this time.