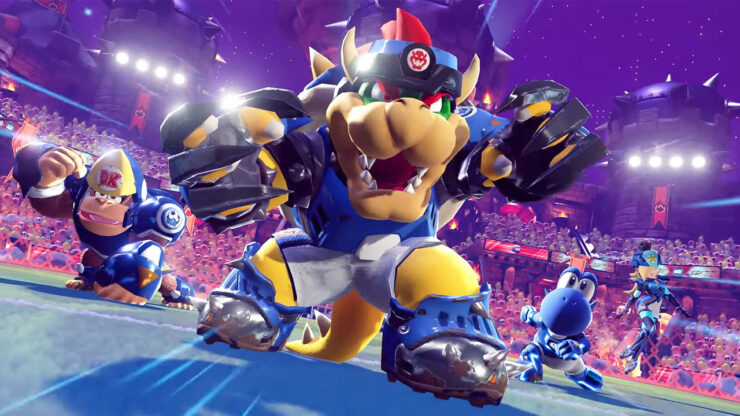 Mario Strikers Battle League may get at least 10 additional characters after launch, according to new datamined information.

As reported by @Wipeoutjack7, the upcoming new entry in the Mario sports series features a total of 20 character slots. As the game will only feature 10 characters at launch, it is likely the 10 additional slots will be used for characters that will be made available after launch via the already confirmed post-launch free DLC.

Mario Strikers has 10 characters at launch, but 20 character slots. Looks like there may be an additional 10 coming through the recently announced free DLC. pic.twitter.com/PCGSlDOzoB

Introducing Strike, a 5-on-5, soccer-like sport with no rules -- do whatever it takes to win! Get gritty and try to score the most goals by tackling enemies, using items, and pulling off score-boosting Hyper Strikes. Super Mario series mainstays like Peach, Toad, and Yoshi put their cleats (and stats) to the pitch and will stop at nothing to score. Customize your characters with gear that can augment their stats and appearance. Take the carnage online or pass the ball to players locally -- just look out for the electric fence.

The post Mario Strikers Battle League May Get at Least 10 Characters After Launch by Francesco De Meo appeared first on Wccftech.