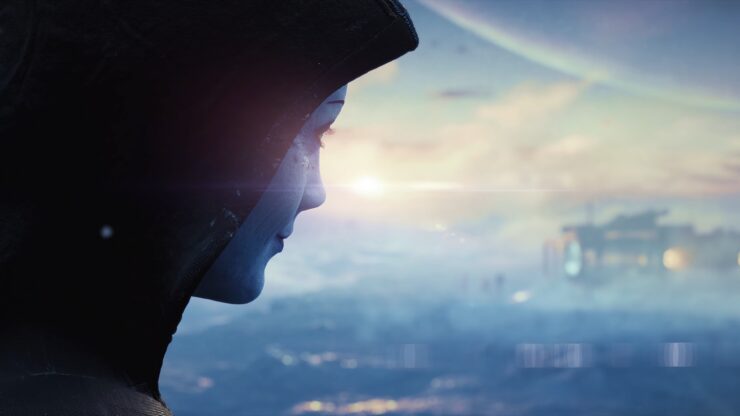 The Mass Effect team at BioWare has officially recruited Mary DeMarle, a veteran writer whose credits in the games industry stretch all the way back to 2001's Myst III: Exile.

This is also the role that she will take on the Mass Effect team. The announcement came directly from BioWare veteran Michael Gamble.

Oh, hey!
I'm really excited to let you know that Mary DeMarle will be joining the Mass Effect team as Senior Narrative Director. You've seen her work in Guardians of the Galaxy & Deus Ex (to name a few!). She's amazing.

The next Mass Effect game was officially confirmed with a very brief teaser trailer showcased at The Game Awards 2020, where fans got to see a seemingly much older Liara T'Soni landing on some planet. About three months ago, BioWare provided an update stating that the Mass Effect project was in early development.

In early May, there was some speculation surrounding a BioWare store listing potentially hinting at Commander Shepard's return. However, the rumor was quickly smashed by Gamble himself.

BioWare is currently focusing on the next Dragon Age game, which is likely to launch at some point in the second half of 2023. That means the next Mass Effect could be at least four years away.

In the meantime, maybe fans will be able to enjoy the rumored TV series reportedly in the works at Amazon Prime Video. Until then, Mass Effect Legendary Edition (soon to be available for free via Prime Gaming) will have to suffice.