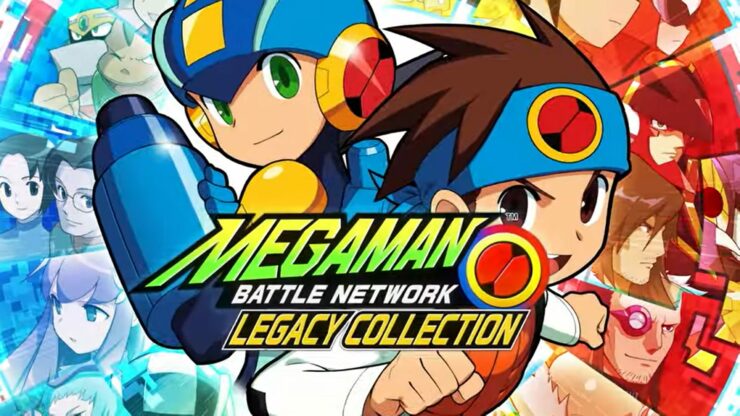 The collection, which will be released sometime in 2023 on PC, PlayStation 4 and Nintendo Switch, will not only include all entries in the series from the original game to Mega Man Battle Network 6, but also additional features like high resolution filters, an art gallery, and a music player.

High Resolution Filters
This collection features optional high resolution filters that allow players to enjoy smoother, less pixelated visuals. Players can turn the filters off/on at any time if they would prefer to enjoy the original visuals of the Battle Network games.

Art Gallery
In this robust gallery, players can view official art and illustrations from the original releases, as well as rough designs, character sketches, and other rare items. It also includes a “Mystery Data” section of exclusive illustrations from events and licensed goods.

Music Player
Enjoy tracks from the ten Battle Network games using this feature! Put your favorite songs on repeat or play the music in the background while you browse through the art gallery.

A new trailer has also been released online and you can check it out right below.

Mega Man Battle Network Legacy Collection brings ten Battle Network adventures to modern platforms! Using a unique battle system that fuses action and card-game like mechanics, join Lan and MegaMan.EXE as they work together to stop evil forces that threaten Net Society! Unleash powerful Battle Chips in combat and forge new bonds to take on unique new traits, then unleash your power in combat to delete viruses. Featuring a music player with over 180 songs, a gallery with over 1,000 images, and an optional high-resolution filter, get ready to dive in to the Cyberworld with Mega Man Battle Network Legacy Collection!

The full collection will also be available for purchase digitally as separate volumes. The Mega Man Battle Network Legacy Collection Vol. 1 will include the first three entries in the series, including the Blue and White versions of the third game, while the second volume the remainder of the series.