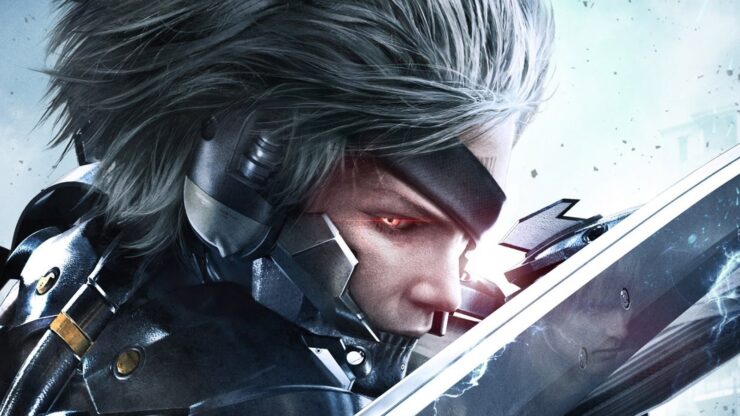 If you’re at least a bit aware of Metal Gear Rising: Revengeance, you may have seen some clips with a song that starts with “Standing here, I realize–.” That song comes from this scene, specifically, mind the alternate costume– and a lot of times, that clip gets remade with various characters from various TV shows and video games, like the tweet below (credit to @Dr_Broly on Twitter).

" Standing here . . . I realize . . .You are just like me . "#MultiVersus #Superman #Shaggy @multiversus @MatthewLillard pic.twitter.com/cSPWbhsREL

Through the power of memes such as this, its characters, and many other "quotable moments" from that Max0r video, Revengeance has seen a rather large player spike on Steam lately, according to SteamCharts. Back when its PC version launched in 2014, the game’s peak concurrent players were around 1900 users, which is alright.

Things really picked up in December, when the meme culture had an unexpected resurgence (I almost had you there). Some of the most-viewed Revengeance videos (like Max0r's video) were released in the past five months, with Twitch VODs only adding to the upkeep.

Since then, Metal Gear’s spinoff venture by PlatinumGames has seen a jump to near its 24-hour peak, with this month alone being near 1200 concurrent players, starkly contradicting its average of below 300 simultaneous users that occupied it for the past few years. This is an increase of over 500%, by the way. The story of Raiden's Revengeance lives on, I suppose. 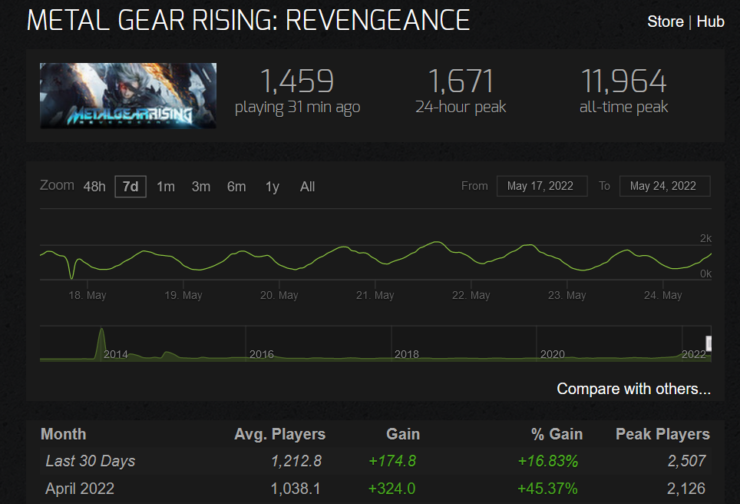 The game itself is quite a fun venture as a character action game, and you can find it on consoles or PC. So, you can try it yourself. Also, the soundtrack by Jamie Christopherson is killer, go listen to it without memes attached, and you’ll see what I mean. Metal Gear Rising: Revengeance is available now on PlayStation 3, Xbox 360 (or Xbox One via Backwards Compatibility), and PC via Steam. The Steam version comes with the game’s DLCs pre-packaged.