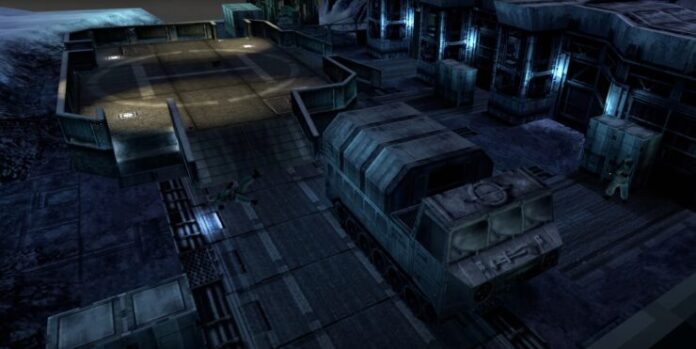 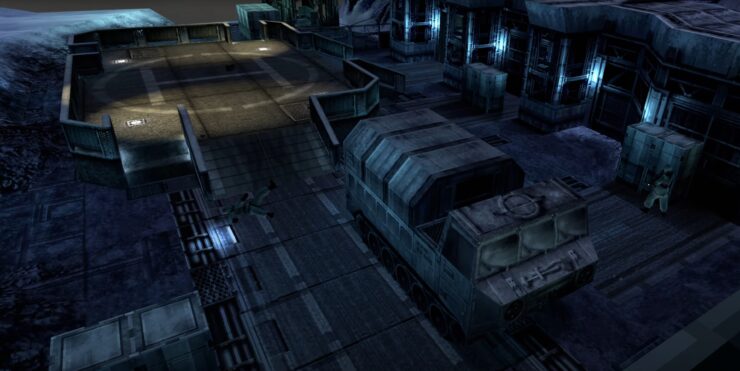 The original Metal Gear Solid is not particularly suited for a VR conversion, compared to its sequel, due to the weird implementation of first-person view in the Integral release, but this is apparently not enough to stop some developers from trying.

A new video shared on YouTube by Cycu1 showcases an MGS VR fan project in development by Holydh. While the project is still a work in progress, and many things don't work as they should yet, it definitely looks impressive.

The Metal Gear Solid VR Boneworks mod can be downloaded from Nexus Mods. An overview of the mod's features can be found below:

- Elevator fully functional like an IRL one with physic buttons
- cameras and spotlights spotting the player and triggering NPCs aggro
- custom npcs (Kinda dumb for now, I'll tweak them as much as I can in the future)
- all automatic doors functional
- lasers and gaz trap functional
- roamable vents
- original SFX (most of them come from ps1 version, the others come from the PC version. Since the PC port is kinda bad I had to resample and tweak these sfx so the white noise isn't noticeable)
- original musics with proper transitions according to the player's location
- original NPCs voicelines (Only french for now but will do the english version soon)

We are currently working on renewing the licenses for select historical archive footage used in-game, therefore, we have made the temporary decision to begin suspending the sale of MGS 2, MGS 3 and all products that include these games from digital storefronts globally starting from November 8th, 2021.