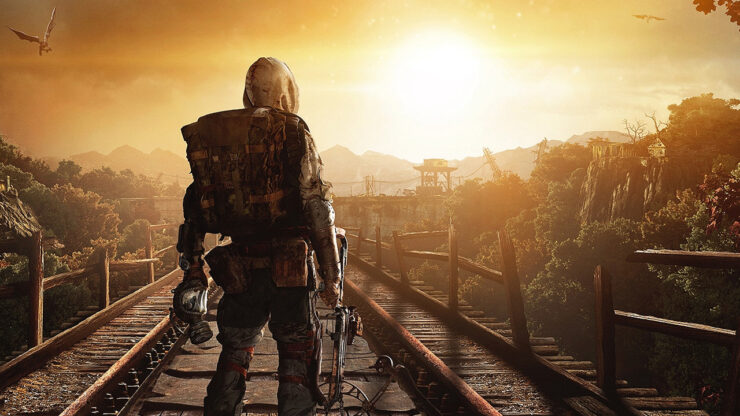 Metro writer Dmitry Glukhovsky is now on Russia's wanted list for his anti-war stance. Glukhovsky, who is not currently residing in Russia, opposed the war from the very beginning. In a new Telegram message shared yesterday with his followers, he revealed that he learned to have been charged with the freshly baked law against the dissemination of 'knowingly false information about the use of Russian armed forces'.

I am accused of discrediting the Armed Forces of the Russian Federation for a post on Instagram. Article 207.3, part 2. As aggravating circumstances - the accusation of the President of the Russian Federation of unleashing a war with Ukraine. I am ready to repeat everything that is said there: “Stop the war! Recognize that this is a war against an entire nation and stop it!”

According to BBC Russia, the so-called Basmanny Court told Ria Novosti that the Metro writer was arrested in absentia on May 13th.

Unlike other writers such as Andrzej Sapkowski, who didn't have anything to do with The Witcher trilogy of games, Glukhovsky worked closely with Ukrainian studio 4A Games on all three games in the series: Metro 2033, Metro Last Light, and Metro Exodus.

Speaking of 4A Games, the studio fled Ukraine all the way back in 2014 when the first conflicts in Donbas broke out. 4A Games, now safely based in Malta, is already developing a new Metro game as announced in August 2019. The studio was subsequently acquired by Embracer Group a year later for the upfront price of $36 million, with an additional total earn-out consideration of $35 million payable within five years by Embracer Group upon fulfillment of agreed targets by 4A Games.

4A Games is now part of the Saber Interactive division, which will also help the studio create a multiplayer experience set in the Metro universe. Lastly, the developer is also designing a game based on a brand new IP.

The post Metro Writer Is on Russia’s Wanted List for His Anti-War Stance by Alessio Palumbo appeared first on Wccftech.