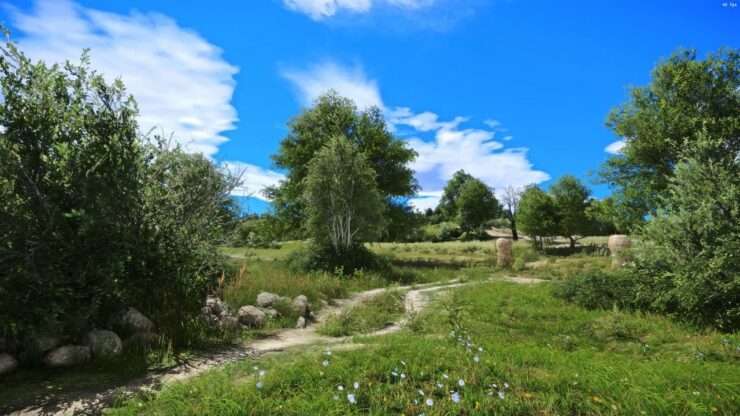 A new modded Kingdom Come Deliverance graphical showcase in 8K resolution and ReShade ray tracing has been released, and it looks insanely realistic.

Released back in 2018, Kingdom Come Deliverance was one of the best-looking, and most hardware-punishing, open-world games at that time. Some might even say that the title remains one of the best-looking recent open-world entries. So how would a heavily-modded version of Warhorse Studios' story-driven open-world RPG look in 8K resolution running on beefy hardware, complete with ReShade-powered Ray Tracing? Well, as can be seen in this new video from German YouTuber 'Digital Dreams', pretty spectacular.

The showcase uses the creator's own custom ReShade ray tracing preset to enhance the game's lighting. In addition, numerous mods and tweaks were used in order to simulate reality. To learn more about the mods and tweaks used, please visit this modding guide over at Nexusmods.

As said, this 8K graphical showcase runs on quite powerful hardware, including an ASUS TUF RTX 3090 GPU combined with an AMD  Ryzen 9 3900x @4.5Ghz and 32GB of memory.

Kingdom Come Deliverance was released back in 2018 for PC, PlayStation 4, and Xbox One. As announced last year, the game is also coming to the Nintendo Switch at some point.

About Kingdom Come: Deliverance Kingdom Come: Deliverance is a story-driven open-world RPG that immerses you in an epic adventure in the Holy Roman Empire. Avenge your parents' death as you battle invading forces, go on game-changing quests, and make influential choices. Explore majestic castles, deep forests, thriving villages and countless other realistic settings in medieval Bohemia!

Non-linear story: Solve quests in multiple ways, then face the consequences of your decisions

Challenging combat: Distance, stealth, or melee. Choose your weapons and execute dozens of unique combos in battles that are as thrilling as they are merciless

Dynamic world: Your actions influence the reactions of the people around you. Fight, steal, seduce, threaten, persuade, or bribe. It’s all up to you