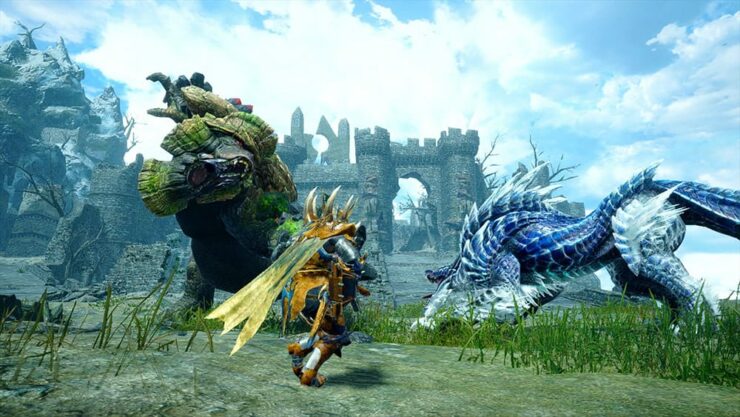 Monster Hunter Rise: Sunbreak introduces a new, interesting game mechanic called Switch Skill Swap. It allows you to change the Switch Skills you have equipped during a quest, not just before starting it. This can be very useful in combat, as you can tackle different situations using the most appropriate Switch Skill. Let’s see how to do that.

What is a Switch Skill

If you are new to Monster Hunter, you might want to know what exactly is a Switch Skill before using the new Swap mechanic. It is indeed a special and powerful ability, and each weapon has its own unique set. As you progress through the game, you will unlock new Switch Skill sets and try them out. They are extremely useful, as they can help you deal significant damage to monsters.

In Monster Hunter Rise, you could only choose the Switch Skill you’d want to use before starting a quest and could not change it during combat. The Sunbreak DLC lets you do that using the Switch Skill Swap ability. Different key combinations activate this mechanic, depending on whether the weapon is sheathed or drawn. However, you can also perform this action using the Action Bar.

You can refer to the screenshot below for PC keys. And, if you head into the Hunter Info menu, select Game Controls, and then Switch Skill Swap, you will get a useful tutorial with the full key list you need to do that. 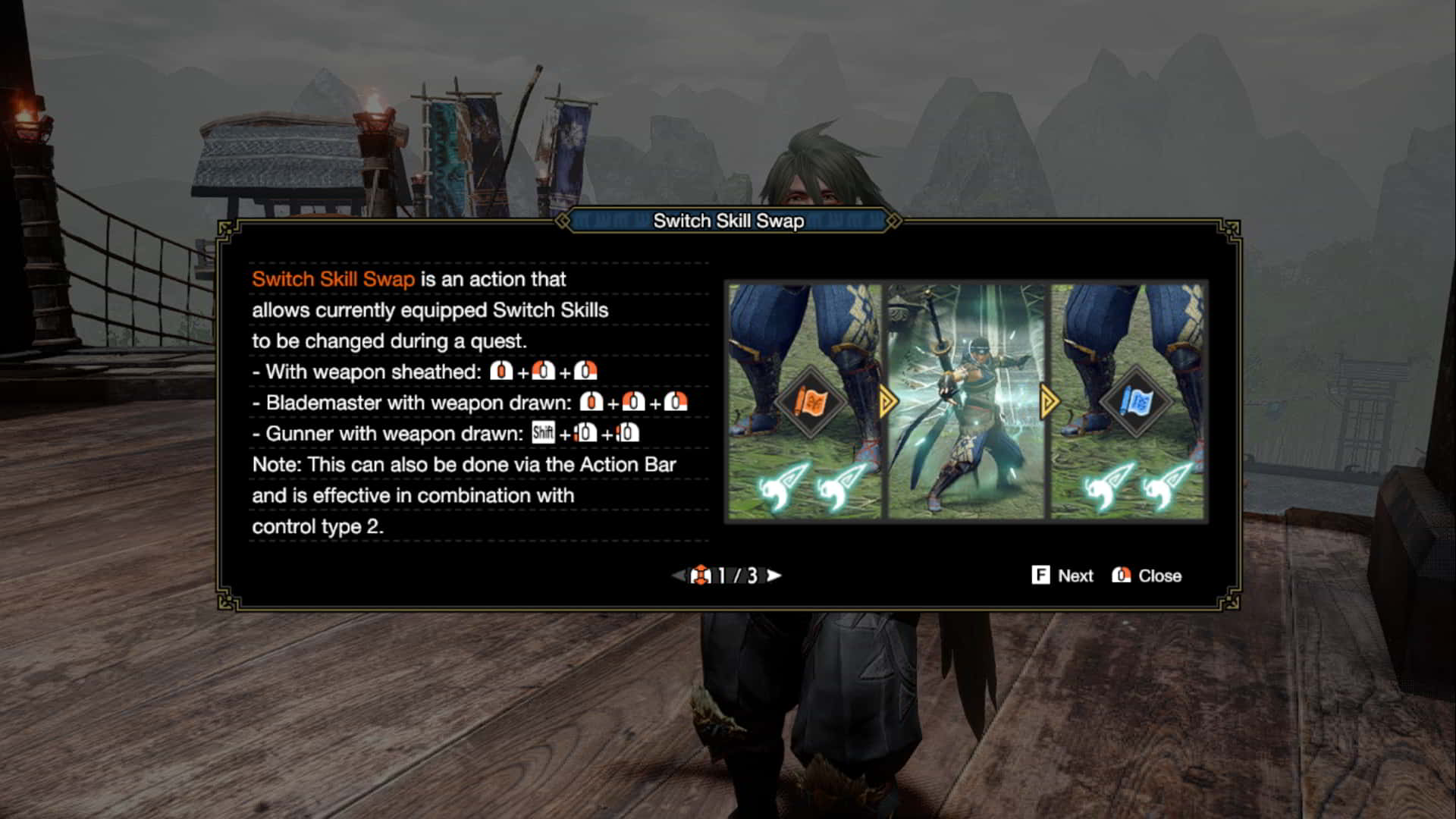 Your default Switch Skill is registered under the Red Scroll and will be the default option when the quest starts. If you wish to edit the registered Switch Skills, you can do it at any Item Box, including the one you find inside the tent at the start of each quest.

How to Use the Switch Skill Swap Mechanic 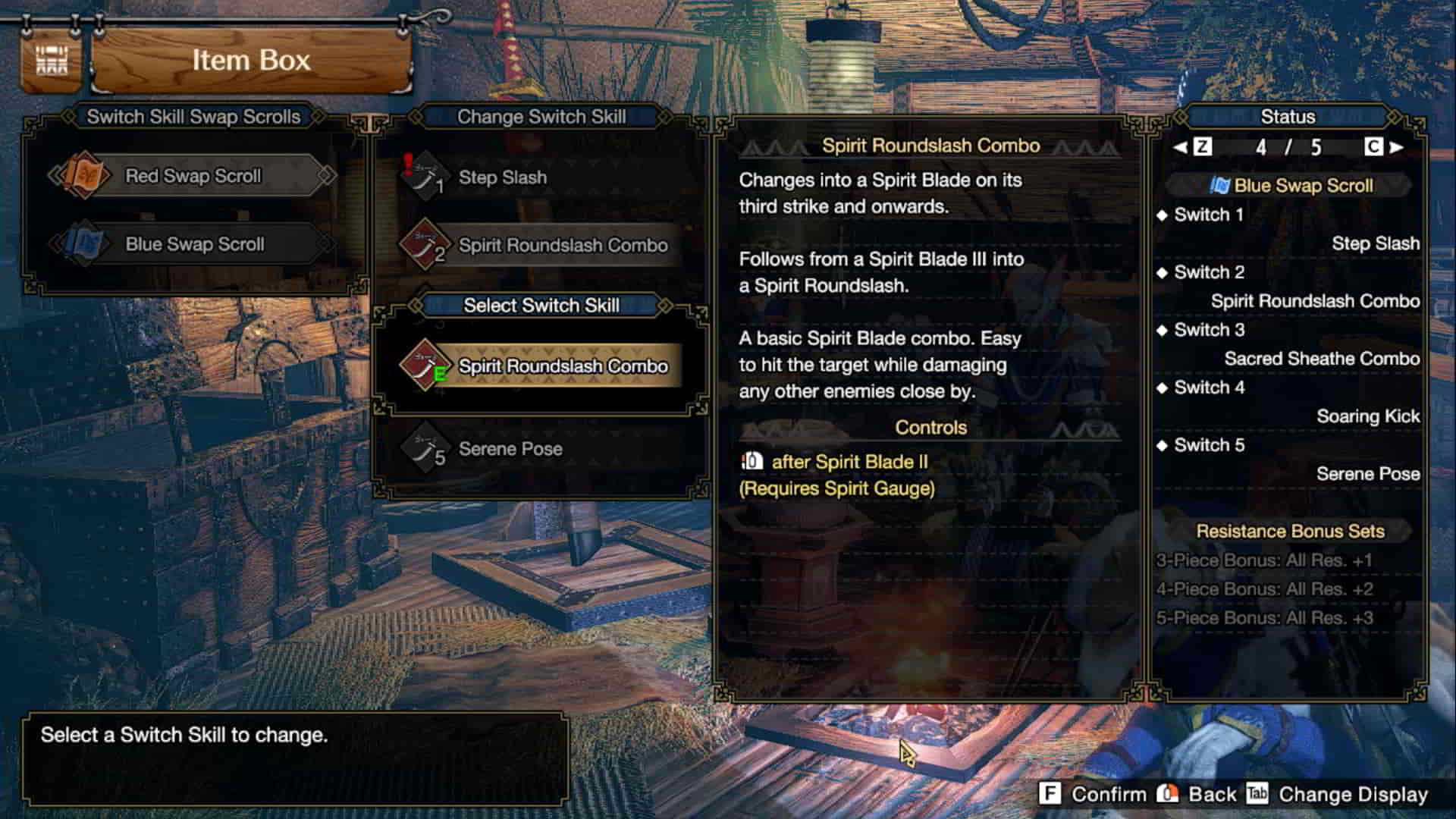 You will need some time to master this new mechanic properly, but once you do that, it will be extremely useful in combat. You can adjust your playstyle to the monster you are hunting, and you are not forced to stay with a single Switch Skill for the whole duration of the quest.

You have unique Switch Skills for each weapon. However, you need to practice a lot and defeat many monsters to see which styles and combinations work best for you. We recommend you spend some hours doing that, even in the Training Area, as enemies you will encounter when playing the Sunbreak DLC are more challenging than those you dealt with in the base game.

How to Use the Swap Evade Mechanic

After successfully performing a Switch Skill Swap, you can immediately evade and reposition at a safe distance from the monster. This gives you the time to prepare for your next attack and eventually perform another Switch Skill Swap. You can Swap Evade by simply pressing Space on PC or B on Nintendo Switch.

If you just started playing Monster Hunter Rise: Sunbreak, you can read our beginners guide with useful tips and tricks on the DLC.