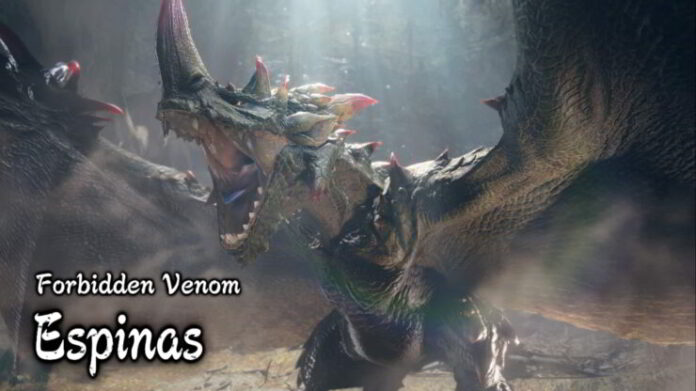 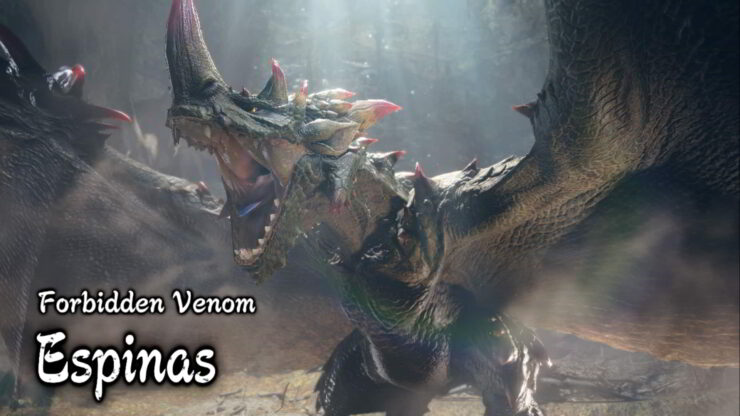 Espinas made its debut in Monster Hunter Frontier. However, the game has never been officially available to players living in the West, so many Monster Hunter enthusiasts haven’t had a chance to meet it before. Sunbreak finally introduces this beast in the saga, much to the delight of many gamers.

This beast is easily recognizable for the red spikes that stand out on its green body, used both to attack and defend itself from hunters and other monsters. It deals significant damage with its offensives but, once beaten, drops exciting rewards to craft new equipment. Let’s see how to defeat Espinas in Monster Hunter Rise: Sunbreak, its unique characteristics, weaknesses, and tips for winning the battle.

Espinas is a Flying Wyvern with a threat level of 7 stars out of 10. It moves a lot during the fight and is also quite fast, so you only have a chance of escaping its attacks if you roll sideways and not just run backward. When enraged, its spikes and the veins on its wing turn bright red, and the monster becomes even faster and more dangerous, continuously charging and attacking you with its horn. Espinas can be found in the Citadel and the Jungle.

Its offensives are pretty dangerous because they can inflict Poison, Paralysis, and even Fireblight, all at once. The monster throws giant fireballs at you, but they can easily be dodged by rolling sideways, as the opening animation lasts quite enough. But that’s not the only attack involving one or more fireballs. Other offensives feature a combination of three fast and powerful balls of fire, with the last one being bigger than the others; alternatively, Espinas can target you with a giant breath of fire with a vast range. The beast also relies on its horn and tail to deal damage.

Espinas’ legs are the weakest portion of its body, followed by the head, the abdomen, and the tail. Its head and legs are probably the easiest part to reach with a melee weapon, so focus on hitting them the most. The monster is also vulnerable to Ice attacks, so you’d better equip the right weapon before starting the quest.

As it inflicts Poison, Paralysis, and Fireblight, you should choose an appropriate armor and use decorations that increase your resistance to Paralysis. Otherwise, you would be left at the mercy of the beast’s attacks. It is immune to Fire attacks and resistant to Thunder.

How to Beat Espinas

When dealing with Espinas, you should keep a close eye on its head. When it is about to throw one or more fireballs at you, you will see some sparkles coming out of its mouth. Since that, you have a few instants to decide your next moves and try to escape the attack. Target its legs mainly, as they are its weakest part, but also don’t forget to hit its head and tail to break them. Always keep moving during the fight, as it is your best chance to evade its offensive.

You can try to hit Espinas from behind or sideways, as most of its attacks are frontal, and you will have an easier time dodging them. If you see another large monster near your target, don’t hesitate to ride it and use the Mounted Punisher against Espinas, as you will significantly damage this Flying Wyvern. Constantly evade its attacks, aim at its legs and head, and you will slowly but steadily win the fight. You will also get good rewards to craft new equipment after you defeat or capture it.

On Wccftech, you will also find other Sunbreak guides, such as tips for beating Garangolm and Lunagaron.