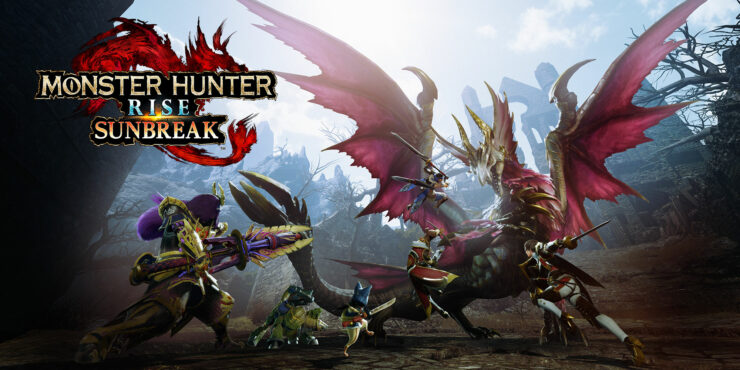 A new Monster Hunter Rise: Sunbreak trailer has been shared today, providing a new look at the expansion launching this week on PC and Nintendo Switch.

The new trailer, which can be watched below, provides a new look at the returning and new monsters featured in the expansion, such as Shagaru Magala, new gameplay mechanics like the new Switch Skills, and more. The trailer also confirmed that Seething Bazelguese will be added to the game alongside Lucent Nargacuga with a free update launching this August.

Monster Hunter Rise: Sunbreak launches on June 30th on PC and Nintendo Switch worldwide. A playable demo is now available on both platforms as well.

A new adventure in a distant land
Renowned as the "Fierce Flame of Kamura” since the events of Monster Hunter Rise, you must set sail to uncover the cause of a terrible threat facing a kingdom across the sea!

New enemies arrive, old foes return
Arriving in Elgado Outpost, you discover that the abnormal events threatening this kingdom are caused by Malzeno, Lunagaron and Garangolm – terrifying monsters known locally as the Three Lords. In addition to these new enemies, You must also face old foes as series monsters not featured in Monster Hunter Rise make their return!

Deeper gameplay
Your trusty Wirebug returns and is more useful than ever, with the addition of new abilities for all 14 weapon types that bring a new level of flexibility and depth to the hunting action.

A colourful cast of characters
Your new base of operations features a variety of locals to interact with, each with their own charming personality. Sometimes they will need your hunter’s help, and sometimes they will be the ones who help you out!