Moto Razr 2022 Teased by Motorola with a Refreshed Design 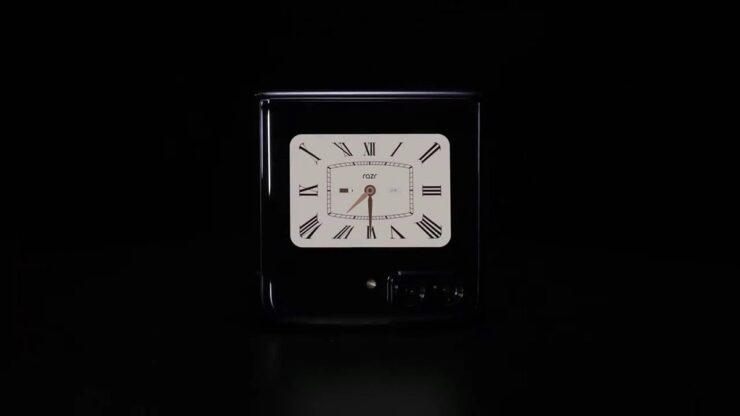 Motorola is gearing up to release its next-generation foldable phone tentatively called the Moto Razr 2022, the phone lives on the legacy and foundation that was built by the original Moto Razr, the phone that had everyone going crazy. Over the past couple of months, we have managed to see some leaks regarding the device including the chip that it is going to bring, as well as the SoC, display size, battery, and camera. The new foldable phone is definitely looking promising.

Now, Motorola has decided to go ahead and share a teaser in a recent post on Weibo, the short clip shared by Motorola shows the Moto Razr 2022 with its dual-camera setup, a new hinge design as well an external display. Additionally, in a separate post, Lenovo's General Manager for its Mobile Business Group, Chen Jin has shared two live images of the device as well; these images show the device in its folded and unfolded states, confirming the new design.

While Motorola has not announced the exact launch date of the device, the specifications of Moto Razr 2022 have leaked in the past. The phone is going to bring a Snapdragon 8 Plus Gen 1, a 6.7-inch FHD+ AMOLED display with 120Hz refresh rate, and a 2,800 mAh battery as well.

The leak has also claimed that the Moto Razr 2022 will be offering up to 12 gigs of RAM with 512 gigs of storage, a 50-megapixel f/1.8 camera with a 13-megapixel ultra-wide camera, and a 13-megapixel front camera. The device will be available in Quartz Black and Tranquil Blue, and will also feature UWB support, NFC, and side-mounted fingerprint scanner.

Now that the company has started teasing the device, it is safe to say that that the Moto Razr 2022 can go official any day now, and you might end up getting something that can compete with the Galaxy Z Flip 4 that is also coming out later this year.

The post Moto Razr 2022 Teased by Motorola with a Refreshed Design by Furqan Shahid appeared first on Wccftech.