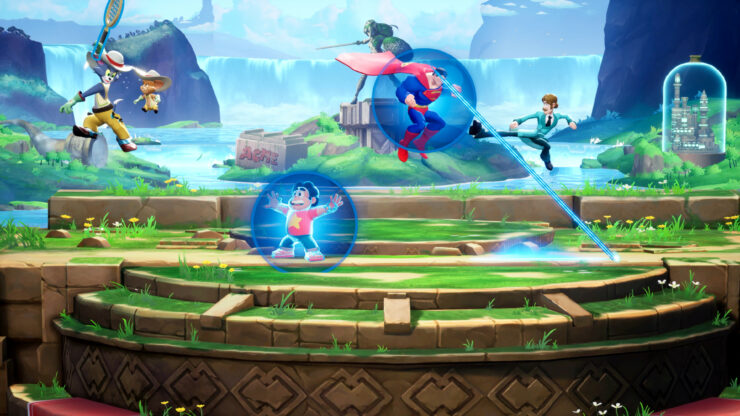 After the Open Beta launch, the MultiVersus team continues to work on the game. A few days ago, Player First Games co-founder and game director Tony Huynh revealed on Twitter that the developers are working on a big overhaul of the platform fighter's hitbox/hurtbox system. As such, other balancing problems, such as tweaking Finn's moves priority, will have to wait as the team doesn't want to be juggling too many moving parts at once.

We’ll be looking at Finn in sections, we are working on a big overhaul of our hitbox/hurtbox system so don’t want too many moving parts

Player First Games already announced a delay to the beginning of Season One (and the release of the character Morty) in MultiVersus to a currently unknown date.

Even so, the free-to-play game is currently doing very well in terms of player numbers, despite some issues with monetization, as noted by Francesco.

While MultiVersus players who just want to unlock all characters at least do have the option of grinding to do so, things are much worse for those who want to collect cosmetics, as many are only available in exchange for Gleamium, and, as it stands, it takes around $250 to purchase everything available in the beta, without taking Premium Battle Pass exclusive items into account. This is not a good start at all.

MultiVersus has the potential to become one of the most popular platform fighters ever made, thanks to its solid gameplay and great roster, but the game's monetization scheme could have an impact on its popularity in the future, even though the content that matters most, characters can be unlocked for free with some effort. As the game is still in beta, Warner Bros. and Player First Game still have the chance to tweak and improve the system, and I sincerely hope they will. I want to play a fighting game for hundreds of hours to improve my skills, not to unlock more content that should be readily available.

The post MultiVersus to Get Hitbox/Hurtbox Improvements, Devs Confirm by Alessio Palumbo appeared first on Wccftech.