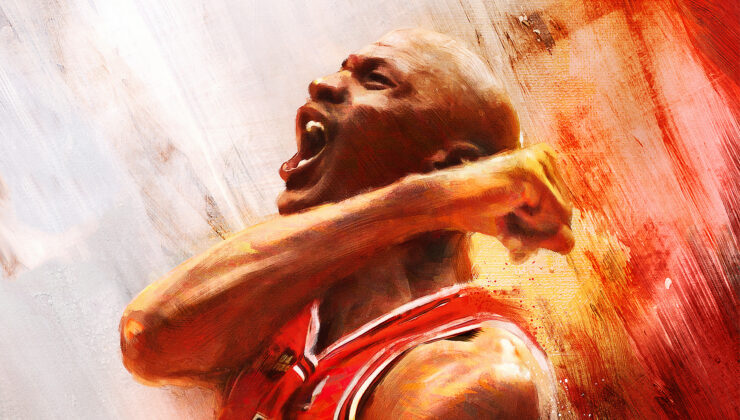 The NBA Finals are in full swing, and as usual, 2K Games is already looking forward to their next season of video game b-ball. Today, we got a first look at the premium editions of NBA 2K23, which will be fronted than none other than His Airness, Michael Jordan. This year, 2K is offering two premium editions – NBA 2K23 Michael Jordan Edition and NBA 2K23 Championship Edition. Of course, there will also be a standard edition and a GameStop-exclusive WNBA edition, although the cover athletes for those versions have yet to be revealed.

NBA 2K23 Championship Edition is being described as an “ultra-premium” package that will include a full year’s subscription to NBA League Pass which will let you watch over 1000 out-of-market games throughout the season. No word on what either NBA 2K23 premium package will cost, but NBA League Pass isn’t cheap (it’s around $200 a year) so expect the Championship Edition to cost a pretty penny.

With Michael Jordan back on the cover, NBA 2K23 will also mark the return of The Jordan Challenge mode, which will allow you to play through key highlights from his career…

Along with Michael Jordan returning to grace the covers of NBA 2K23 this year, the game will also reintroduce The Jordan Challenge, which encourages players to recreate 15 iconic moments from Jordan’s illustrious career. All ten of the original Challenges from NBA 2K11 have been completely rebuilt from the ground up and will make their return this year - alongside five new iconic Jordan moments - for an entire new generation of players to experience. These Challenges take advantage of more than a decade of technological leaps to provide a completely new way to play through Jordan’s accomplishments - all housed within its own game mode.

The Jordan Challenge also elevates an array of spellbinding performances across Jordan’s college, NBA, and Team USA Basketball careers that players can experience across all 15 Challenges and includes unique video vignettes that come with special commentary from an array of NBA luminaries: Jordan’s teammates, opponents, and other sports personalities, who saw him do it live and can bring to life his legacy to a younger generation of NBA fans.

It isn’t currently clear if The Jordan Challenge will be exclusive to the NBA 2K23 Michael Jordan and Championship Editions, or if standard edition owners will also get to play.

NBA 2K23 launches on PC, Xbox One, Xbox Series X/S, PS4, PS5, and Switch on September 9. As usual, 2K Games will be charging a $10 premium for the “next-gen” versions. More pre-order and pricing details, as well as the standard edition cover athlete, will be revealed this Thursday (July 7).