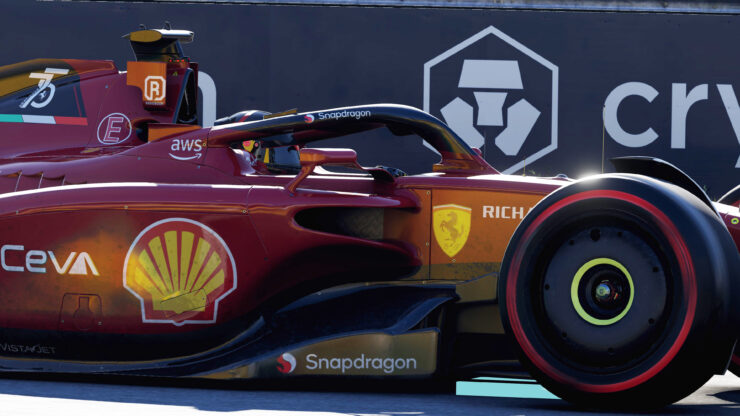 F1 2022 is available globally now, and tech channel ‘ElAnalistaDeBits’ put Codemasters’ latest racing entry on the test bench. How does it visually compare to last year’s F1 entry, and what about the game’s new ray-tracing feature?

In its first comparison video, the tech channel compared F1 2021 to F1 2022, and to be honest, the graphical differences between both games are negligible indeed. Some commenters on the video even appear to suggest that last year’s entry looks better than this year’s, but it might be a matter of personal taste – as far as we can see, albeit minor, there are graphical improvements in F1 2022 compared to F1 2021. You can check out the first comparison video down below, showing the “evolution” of F1 2021 vs F1 2022.

The channel’s second video shows the visual differences between Ray Tracing enabled and disabled. In addition, this video offers some NVIDIA DLSS and AMD FRS benchmarks that some will find interesting. Visually, the game does really benefit from using Ray Tracing, but as mentioned in various reviews, players will need quite the setup in order to play it properly. As such, the visual improvement doesn’t seem to weigh up against the drop in performance. Then again, if you can play this game properly with Ray Tracing enabled, you’re in for a treat.

F1 2022 is available globally now for PC, PlayStation 5, PlayStation 4, Xbox Series X|S, and Xbox One. On PC, the racer supports VR. Be sure to check out the official PC requirements if you’re planning to play the game on PC: