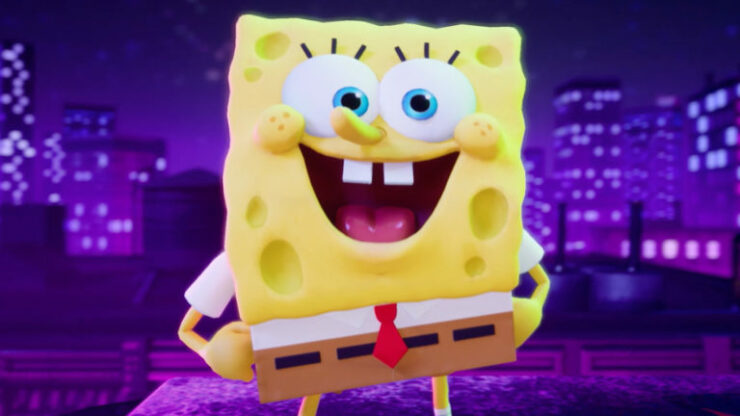 See, some people would say that people are making this a bigger deal than it actually is. While they may be right, one of the biggest criticisms that Nickelodeon All-Star Brawl had was the fact that the game didn't have voice acting for the characters. Thanks to a free update, we'll finally have both voice acting and items added to the game.

The voice cast for Nickelodeon All-Star Brawl is as follows;

And yes, this also means that the upcoming Nickelodeon All-Star Brawl DLC characters like the long-requested Hugh Neutron will be getting voice acting in the near future. In fact, this was confirmed by Hugh's voice actor himself.

Being quiet about the loudest part of this awesome game was NOT easy! See you all on the battlefield when Hugh audibly speaks his way to victory https://t.co/w3Xn97CLlR

The update will also bring items to Nickelodeon All-Star Brawl. There are some cool highlights like the Krabby Patty from SpongeBob Squarepants, Sokka's boomerang from Avatar: The Last Airbender, Tommy's ball and Reptar toy from Rugrats, and the Log from Ren & Stimpy. With the addition of items, players can now expect to spice up their battles.

Meanwhile, there are other balance updates that are available with the latest patch. For one, the default stock count was increased from three to four. Airdashing now has a two-frame warmup before a character starts traveling. Finally, Attacking a blocking opponent no longer incurs self-hitlag. Other changes include several character and stage balances. Check them out below:

Alongside voice acting and items, here are the latest patch notes! pic.twitter.com/gfTHwtz4Tj

The voice acting/items update is currently available for Nickelodeon All-Star Brawl players on PC, PlayStation 5, PlayStation 4, Xbox Series X|S, and Xbox One. The Nintendo Switch version will get this update "soon".