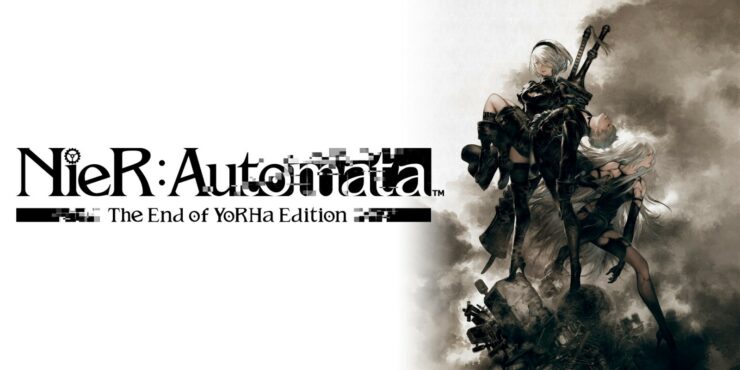 NieR Automata: The End of YoRHA Edition will run at 30 FPS, Square Enix, and Platinum Games confirmed following the announcement of the Nintendo Switch version of the game.

On the NieR series official Twitter profile, it has also been confirmed that the game will run at 1080p resolution in Docked Mode and at 720p resolution in Handheld Mode. Unfortunately, it isn't specified if dynamic resolution will be used. And, while expected, it is definitely disappointing that NieR Automata will run at only 30 FPS on Nintendo Switch, as the game's intense action gameplay benefits greatly from high framerates.

Not counting the technical differences with the other versions of the game, NieR Automata: The End of YoRHA Edition will not be too different from the PC, PlayStation 4, and Xbox One releases, as it will include the base game and all of the DLC content. Additionally, the Nintendo Switch release will get some additional costumes not found in the other releases that will be available at launch.

Invaders from another world attack without warning, unleashing a new type of threat: weapons known as “machine lifeforms.” In the face of this insurmountable threat, mankind is driven from Earth and takes refuge on the Moon. As 2B, a member of the newly organized android military force YoRHa, players will immerse themselves in a ferocious battle to take back the planet.

Experience a captivating story that goes beyond simple entertainment, inspiring a wide array of emotions as it unfolds through genre blending action in a beautifully desolate open world.

This product includes the content of the "3C3C1D119440927" DLC.
Three types of colosseums are included, and three types of costumes based on characters from the related title, NieR Replicant, can be obtained as rewards.

The post NieR Automata: The End of YoRHA Edition Will Run at 30 FPS on Nintendo Switch by Francesco De Meo appeared first on Wccftech.