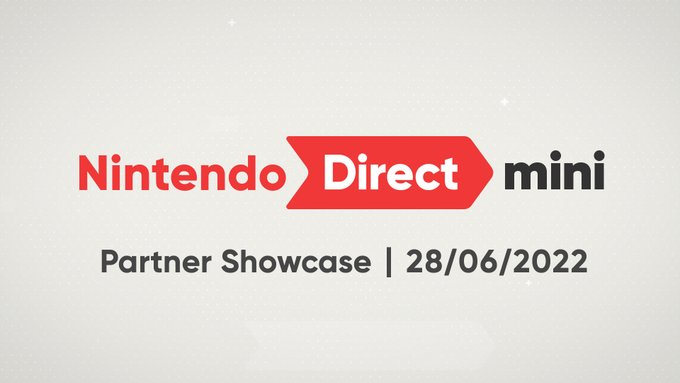 After multiple rumors over the past few weeks, Nintendo has just announced a new Nintendo Direct Mini showcase for tomorrow.

Like previous Nintendo "Mini" Directs, tomorrow's showcase will focus on third-party titles and will be roughly 25 minutes long. The showcase will air on June 28 at 6 am PT via Nintendo's official YouTube channel.

A new #NintendoDirectMini: Partner Showcase is on the way! Watch on-demand via our YouTube channel beginning Tuesday, June 28 at 6am PT for roughly 25 minutes of info on upcoming third-party #NintendoSwitch games.

Additional details about the Mini showcase weren't shared, and as expected the community is already guessing which games will be part of the showcase tomorrow. Chances are we'll hear more about Mario + Rabbids: Sparks of Hope. The second installment in the franchise developed by Ubisoft and Nintendo was confirmed last year.

Team up with Mario, Luigi, Princess Peach, Rabbid Peach, Rabbid Luigi, and their friends on a galactic journey to defeat a malevolent entity and save your Spark companions. Explore planets throughout the galaxy as you uncover mysterious secrets and compelling quests!

We'll update you as soon as more information about this Direct comes in. For now, stay tuned. Which games do you expect to be shown during the broadcast? Hit the comments down below.