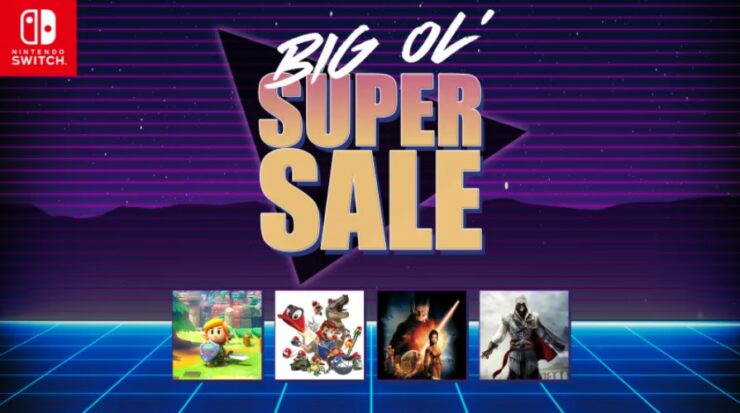 Nintendo has kicked off the Nintendo Switch sale, the "Big Ol' Super Sale", in the US with discounts up to 67% on select games, including DOOM Eternal, Just Dance 2022, Dark Souls, Ori, and various others.

Nintendo's new sales promotion runs from today through July 6 at 11:59 p.m. PT and packs deals on a big selection of games and DLC. As said, a large number of titles have been discounted, and this isn't limited to third-party titles (2K Interactive, Ubisoft, SEGA, Activision-Blizzard, Devolver, Annapurna Interactive) but Nintendo's own titles as well.

Down below we've listed some of the best deals included with the new Nintendo Switch Big Ol' Super Sale. Fans of these games will most likely already have them in their library, but for those who haven't picked up these titles, be sure to check out these deals:

Other interesting titles include the BioShock Collection (as well as the stand-alone titles) with a 60% discount, the Borderlands games, Cid Meier's Civilization entries for the Switch, various Assassin's Creed titles, Immortals: Fenyx Rising (although we probably all have this by now), Rayman Legends (recommended).

Check out the full list of discounted games here. Did you find any games that you like in this new sale? Hit the comments down below.