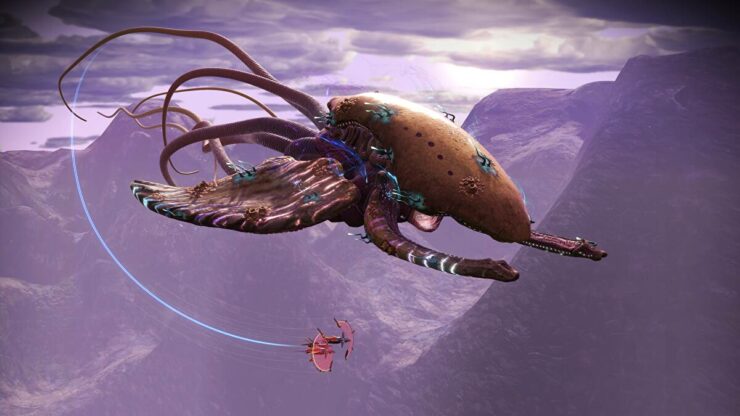 The latest expedition for No Man's Sky has been announced. This new expedition known as Leviathan will bring roguelike elements to the space survival formula as players become trapped in a time loop. The expedition is expected to run for the next six weeks and will net players some cool rewards.

No Man's Sky: Leviathan has an announcement trailer which you can see below:

The new expedition places players inside of a time loop curse. As expected of this sort of gameplay model, the difficulty is tuned to survival-mode settings, and every death means a reset of the loop. Players are tasked with assisting Specialist Polo as they research the loop, increasing the quality of rewards and upgrades for each new iteration.

This expedition will have a narrative element to it amidst the crazy time loop shenanigans. Players will be able to receive memory fragments that become stronger with each repeat of the loop. However, players can also work together to face the challenges while researching the particular manifestations that happen in each loop.

All of this will build up to an encounter with the Leviathan itself. Once the expedition ends, players who participated will be able to receive some nice souvenirs in the form of posters, a new starship trail, a cloak, and even the chance to recruit the Leviathan to their capital ship’s frigate fleet.

No Man's Sky is currently available on PC as well Nintendo Switch, PlayStation 4, PlayStation 5, Xbox One, and Xbox Series X|S