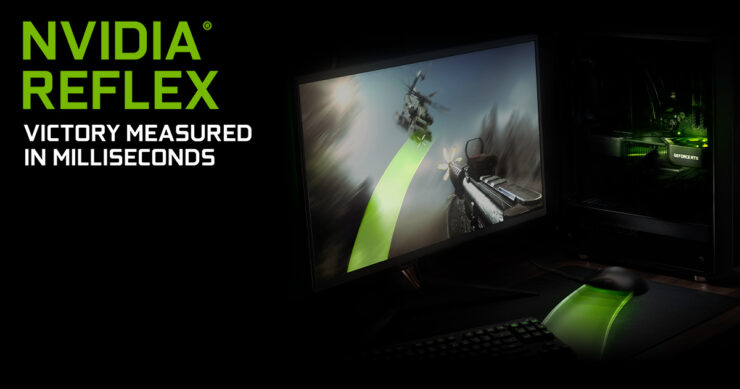 NVIDIA Reflex has continued to be adopted by multiple games. Now, 4 new games are going to add this feature in the coming days during this month. Additionally, NVIDIA also announced that fledgling RTX users will be able to get Ghostwire Tokyo and DOOM Eternal in a new bundle that will be available for select RTX 30 Series purchases.

So, let's get started with the newly added Reflex games. Here's the list of games that will get improvements:

Additionally, NVIDIA also announced that Warhammer 40K: Darktide will be expected to launch with NVIDIA Reflex, DLSS, and ray tracing. More games will have Reflex in the future.

So, what's NVIDIA Reflex? This feature used by 20 million players each month allows them to reduce system latency to improve player competitiveness. This is a comparatively new NVIDIA technology, but it’s already one of the fastest to be adopted, with integrations already available in the latest games.

Additionally, the latency-reducing technology is also supported in G-SYNC Monitors that have Reflex enabled. This offers the highest refresh rates with excellent image clarity. NVIDIA Reflex games, monitors, and even mice work in concert to measure complete end-to-end system latency. And yes, new monitors and mice have been added to the list of compatible devices.

So, let's talk about that bundle, eh? NVIDIA announced that play ers who purchase a GeForce RTX 3080, 3080 Ti, 3090, or 3090 Ti desktop, laptop, or GPU at participating partners (including Amazon, Newegg, and MemoryExpress) will receive a special PC game bundle which includes access to Ghostwire: Tokyo and DOOM Eternal. Additionally, players will be able to get the DOOM Eternal Year One Pass as part of the Bundle.

Included in the bundle are:

Once again, all it takes is for you to purchase an RTX 30 series GPU, laptop, or desktop to get this Bethesda Softworks bundle that provides $129.97 added value to your purchase for free. All of these games also support immersive ray-traced effects and accelerated performance with NVIDIA DLSS.