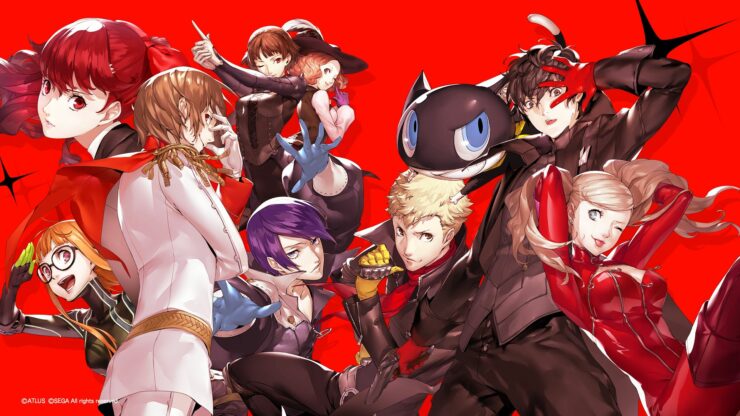 Persona 5 Royal is finally coming to Switch later this year, and it seems like this version of the game will hold up pretty well, judging from an early comparison video shared online.

The new video, which has been put together by GameXplain, compares the footage from the Nintendo Switch version trailer shared during yesterday's Nintendo Direct with early Xbox and PlayStation 4 footage. The resolution differences, while there, don't seem to be particularly huge, and the only truly noticeable differences are in the framerate, as battles will run at 30 FPS on Nintendo Switch. This isn't a major problem, considering the game uses a turn-based combat system.

Persona 5 Royal is only one of the main entries in the series to launch on Nintendo Switch in the future, as Persona 4 Golden and Persona 3 Portable are also launching on yet-to-be-confirmed dates. While Persona series spin-offs have been released on Nintendo consoles in the past, the October 21st release of Persona 5 Royal marks the official debut of the main series on Nintendo hardware.

Now that I've spent 180 hours and can put my thoughts on paper, would I consider Persona 5 Royal to be an essential treasure on the PlayStation 4? The short answer is yes, but with a big caveat. On its own, the new semester at Shujin Academy isn't worth the $60 price tag alone, and while the gameplay has been overhauled to be a little bit more open ended with how you can spend your time, that's still a major time investment you'll have to spend to reach the new story. If you've never played Persona 5 before, then snatching up a copy of Persona 5 Royal is simply the best way to play this story. However, if you've already spent one year wearing the mask already, you might need to have a small change in your cognition to see whether or not it's worth a second playthrough.