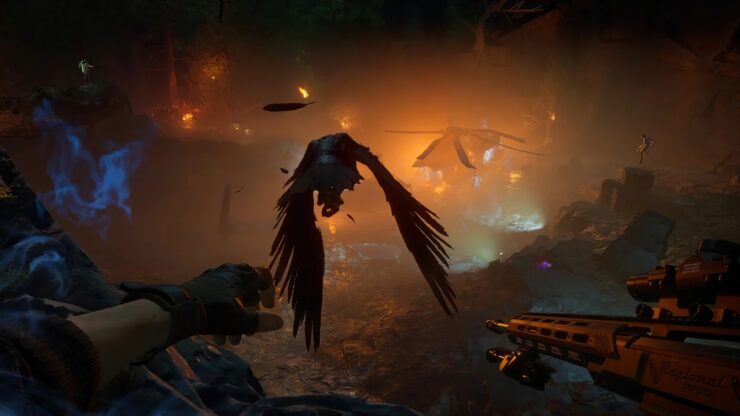 The footage showed a group of players tackling a campaign mission. Redfall is, after all, the first Arkane game to support drop-in, drop-out cooperative multiplayer. Some studio fans have worried this would mean a departure from Arkane's DNA, but in a video interview with IGN, Game Director Harvey Smith reassured everyone that it'll be like a classic Arkane experience when played solo.

Redfall is made so you can play through the campaign solo and you don't have bots with you for the other characters, you're just purely solo. You pick Layla, Jacob, Devinder, or Remi, and you're alone as you go through the world.

It's not a super hardcore stealth game but stealth is a factor. The AI is based on awareness with sight and sound, so you can use stealth to get an advantage on people or to bypass a conflict or whatever to avoid fighting if you're wounded or weak. The single player just goes through the campaign and there's no special mode for multiplayer or any of that. You can play with other people, one other person, two other people, three other people, for a total of four, but solo is very much a classic Arkane experience.

Redfall is targeting an early 2023 release on PC and Xbox Series S|X.